Only 2,000 Out Of 6,000 Factories Nationwide Inspected Last Year 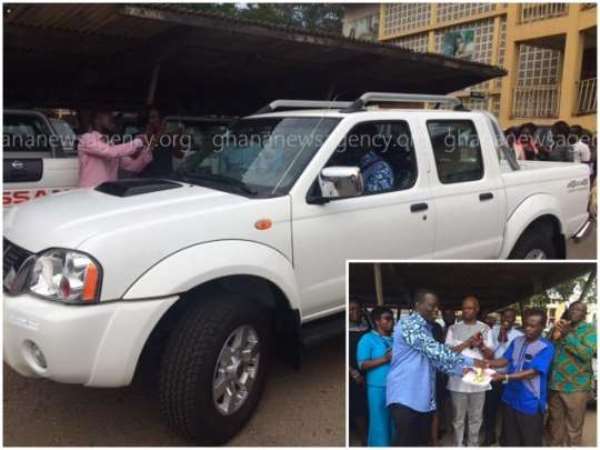 The Department of Factories Inspection (DFI) was able to inspect only 2,000 out of a total of 6,000 factories registered nationwide last year due to lack of transportation.

For the past 30 years, the department, which is under the Ministry of Employment and Labour Relations, had only two vehicles to execute its mandate of helping organisations to manage and control occupational safety and health risk as well as reduce occupational accidents and diseases.

Mr Frederick Ohene-Mensah, Chief Inspector of Factories at DFI disclosed this when he received five new Nissan Pick-up vehicles from the Ministry of Employment and Labour Relations, valued at GH¢650, 110 in Accra.

He identified low staff strength as another major challenge, saying, 'Currently, we have only 40 personnel across the entire country. At least, we need 100 people spread across the 10 regions.'

Mr Ohene-Mensah assured that the vehicles would help the DFI to undertake proactive monitoring, conduct investigations and build occupational safety and health at workplaces.

He added that the gesture would improve DFI's activities, including prosecution, monitoring and increase the internally generated funds.

Mr Ignatius Baffour-Awuah, Minister of Employment and Labour Relations, who handed over the vehicle, said for every industrial sector to be productive and safe, it needed to meet guidelines of decent work ethics and standards set by the International Labour Organisation.

Aside, ensuring that organisations comply with the international standard, which Ghana had signed on to, the re-tooling of the Department would play a crucial role in achieving the government's one district one factory vision, he said.

He said during the Ministry's budget preparation, they unanimously agreed to commit its expenditure for capital and investment to procure vehicles to enhance DFI's work.

The Minister advised the leadership of the Department to ensure the vehicles were well maintained and put to good use to ensure occupational health and safety.

The DFI's mission is to promote measures that would safeguard the health and safety of persons employed in the premises of companies, which fall within the purview of the Factories, Offices and Shops Act, 1970 (Act 328).

As part of their activities, the department is tasked with the responsibility of approving building plans for premises, which are intended to be used as factories, to ensure that the provisions for health and safety of persons, intended to be employed, are adequate and satisfactory, having regard to the requirements of the Factories, Offices and Shops Act and its related regulations.