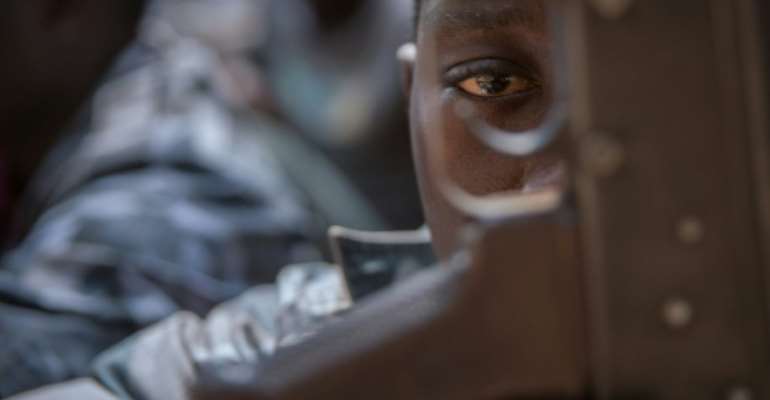 A new study estimates that nearly 400,000 people have died since civil war broke in South Sudan in 2013. By Stefanie Glinski (AFP/File)

South Sudan's civil war has caused the deaths of at least 382,900 people -- far higher than previous estimates and more than the conflict in Syria, according to a new study.

The statistical research carried out by the London School of Hygiene and Tropical Medicine was published Tuesday after being commissioned by the US Institute for Peace in partnership with the US State Department.

Researchers measured both the number of deaths that were a direct result of the violence as well as deaths caused by the increased risk of disease and reduced access to healthcare.

Previous estimates have put the toll in the tens of thousands.

The new figure is comparable to Syria, where more than 360,000 are estimated to have died since the conflict began in 2011.

The UK study found that the deaths from the civil war in South Sudan, which started in December 2013, were concentrated in the northeast and southern regions of the country.

Researchers analysed mortality data, combining it with media reports and some 227 surveys carried out by humanitarian agencies to single out conflict-related deaths.

They said their findings "indicate that the humanitarian response in South Sudan must be strengthened, and that all parties should seek urgent conflict resolution".

Their innovative statistical approach "has the potential to support those involved in humanitarian response and policy to make real-time decisions" in other conflicts, the researchers said.

Since the civil war -- which broke out after Kiir claimed Machar was plotting a coup -- the Intergovernmental Authority on Development (IGAD) regional bloc, chaired by Ethiopia, has taken the lead on peace negotiations, to little effect.

The previous peace pact collapsed in July 2016 during days of fighting in the capital Juba that forced Machar to flee for his life.

After decades of civil war, South Sudan voted to leave its northern neighbour Sudan in 2011, becoming the world's youngest country.

The split deprived Sudan of most of its oil reserves, and production was disrupted by the outbreak of war in South Sudan just two years after independence.