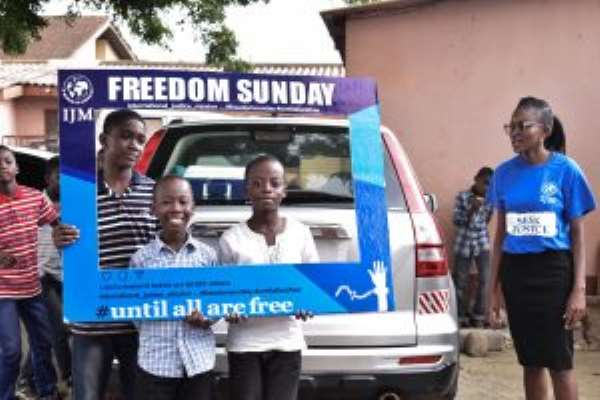 International Justice Mission (IJM) Ghana, Freedom Sunday, on September 23, was an affirmation of the church in Ghana’s growing desire for social justice.

IJM’s primary focus in Ghana is on combating child slavery on the Volta Lake, and the church in Ghana and its leaders are proving to be reliable allies, the Christian NGO’s Chief Field Officer, Will Lathrop said to citinewsroom.com.

Mr. Lathrop took charge of IJM’s operations in Ghana, and he has been pleasantly surprised by the support.

“I came feeling that there will be a lot of lethargy and it will be hard to motivate people but we have seen 1,500 churches sign up for freedom Sunday; we have seen the police anti-human trafficking unit eager to make a difference in arrest. We have had a great partnership with the Ministry of Gender.” 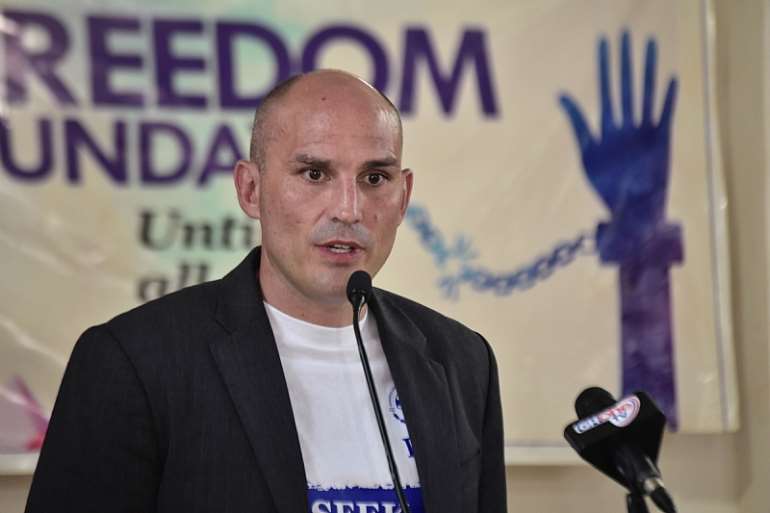 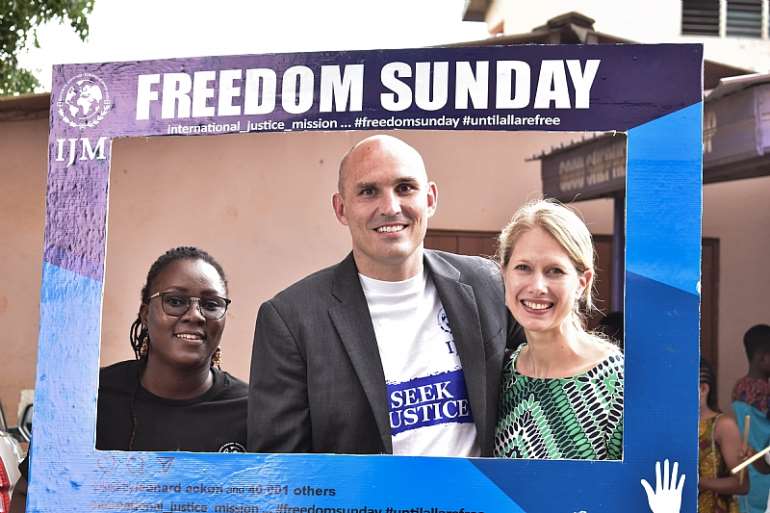 This is cause for excitement, he said, after delivering a sermon on Jesus’ heart for justice at the Lashibi Evangelical Prespbertarian Church on Freedom Sunday.

Though the mainstream church in Ghana has faced criticism for dwelling on the prosperity gospel, which is at odds to Mr. Lathrop’s vision of a church universal that operates within realms resembling liberation theology, the IJM officer shied away from outright criticism of the flaws of Christianity in Ghana.

He however urged a focus on the “bright light starting to shine” like in the EP church at Lashibi.

But he was clear that the church needed to turn its eye towards social justice.

“There will come a day that we will pass away and leave this world and our Prados, our fancy dress, our place at the table will disappear and the only thing we would have are those small fragile and vulnerable eyes that have looked to us heroes… This money, this power, this prestige is going to blow away but there is something that stays and that is an opportunity for us to stand in and do something special for the kids or adults who really need it.”

The support from the church in Ghana has actually been a massive bonus for the organisation that has 17 field offices in Africa, Latin America, South Asia and Southeast Asia; some in countries without a significant Christian presence.

IJM’s strategy has revolved around supporting rescue efforts of victims, pushing for prosecution, rehabilitation of survivors and a strengthening of the justice system. 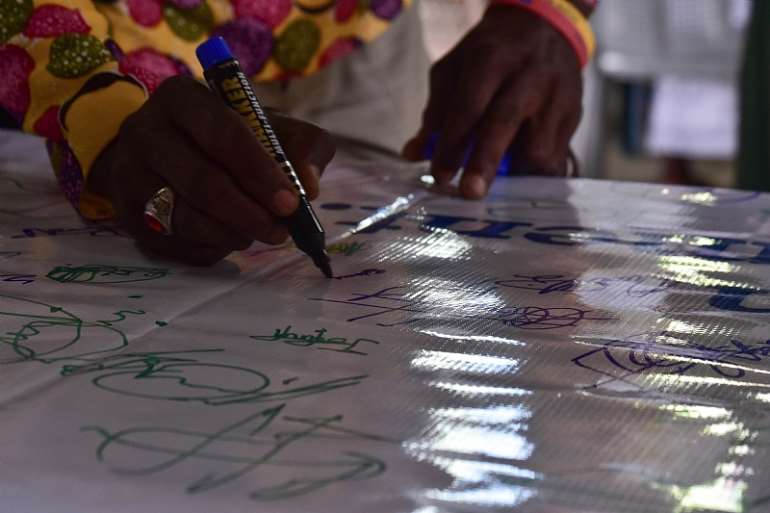 Some churchgoers pledged support to IJM’s cause with solidarity signatures 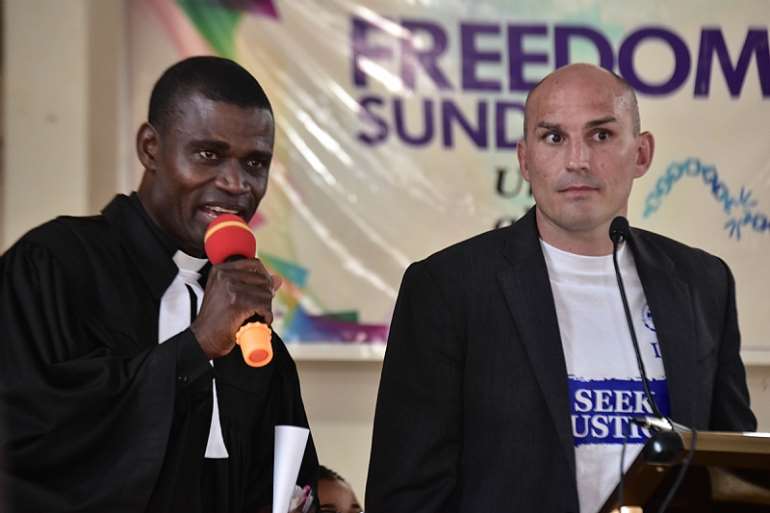 Mr. Lathrop expects this strategy to work in Ghana too, and after about two years of full operations, he said the signs were good thanks to the church in Ghana.

“Every country we have done this before in, it has worked. It sometimes takes five years, sometimes takes 10 years but it works. But one thing we see that makes me encouraged that it will even be better here is that some countries don't have a Christian church to rely on but there is a really strong Christian church here and there have been a lot of leaders who have wanted to step up.”

How urgent is the trafficking situation
IJM’s 2013 operational assessment found that 57.6 percent, representing 444 of 771 children working on southern part of Lake Volta alone were trafficked into forced labor.

The assessment concluded that the majority of children are too young to legally conduct the hazardous tasks as approximately one-fifth of children working in the fishing industry were six years old or younger. 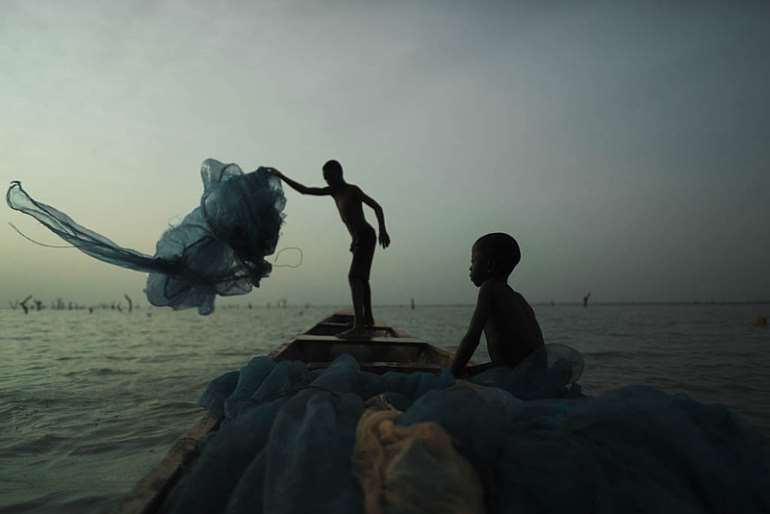 Credit: Jeremy Snell
Ghana is currently on the US Department of State’s Tier 2 watchlist when it comes to trafficking people.

The Department’s 2017 report noted that Ghana does not fully meet the minimum standards for the elimination of trafficking.

The government is said to have demonstrated significant efforts during the reporting period by providing protection services to more child trafficking victims, raising awareness and collaborating with international organizations and NGOs to develop and begin implementation of victim identification.

Because the government has devoted sufficient resources to a written plan that if implemented, would constitute significant efforts to meet the minimum standards, Ghana was granted a waiver per the Trafficking Victims Protection Act from an otherwise required downgrade to Tier 3.