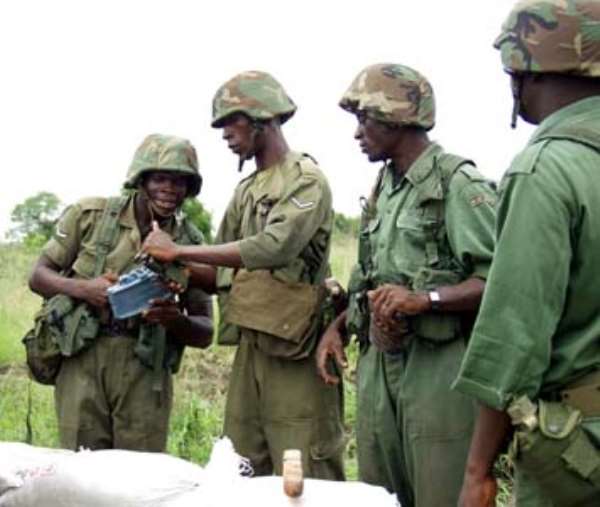 Accra, Oct. 21, GNA- More than 1,000 troops drawn from the Ghana Armed Forces (GAF) and the North Atlantic Treaty Organization (NATO) are currently engaged in a joint training exercise in Ghana. This forms part of the annual West Africa Training Cruise of the European Command of the United States Armed Forces. It is part of bilateral training activities between the US and African countries designed to support European Command Theatre Security and Africa's Coastal security.

A statement GAF issued in Accra on Friday said the exercise, which involved Ghanaian and US ships and ground troops began last Monday October 17 with the landing of troops at the Mankoadze beach in the Central Region and was followed by a jungle training exercise at Achiase in the Eastern Region.

It said the amphibious landing at Mankoadze was witnessed by the Deputy Minister of Defence, William Ofori Boafo, the US Ambassador, Ms Pamela Bridgewater, as well as Service Chiefs of the GAF. The NATO troops consist of the US ship "Gunston Hall", US and Spanish ground troops and Italian divers.

The weeklong exercise is expected to end on October 22.