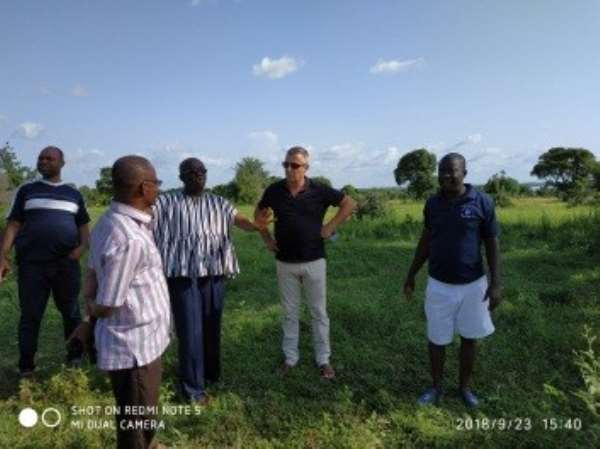 Mr Joseph Kofi Adda, Member of Parliament (MP) for the Navrongo Central Constituency, on Sunday announced that works on the Tono Water Treatment Plant would commence in October this year.

He hinted that funds for the project had been approved by Parliament and it was secured from two main sources including 12 million Euros Grant from ORIO in the Netherlands and 25 million Euros from the ING Bank of Belgium.

Mr Adda said an advance party including experts led by the Chief Contractor, Mr Martens Stefaan from the Denys Constructing Firm was in the country to assess the site and put in the necessary measures to kick start the project.

Mr Adda made this known during a tour of the construction site with the team of technicians from the main construction firm and the Ghana Water Company Limited, the Irrigation Company of Upper Region (ICOUR) to pick up the final signals for the commencement of the project at Tono.

The MP urged the people in the area to support the construction of the treatment plant and said it would provide portable drinking water to residents in the Region.

Mr Kenneth Ennim, Upper East Regional Chief Manager at the Ghana Water Company Limited, said when the project was completed it would house overhead tanks, treatment plants, transmission and distribution lines and booster stations to serve the Navrongo Municipality and its environs, parts of the Kasena-Nankana West District, Bolgatanga Municipality and the Bongo District.