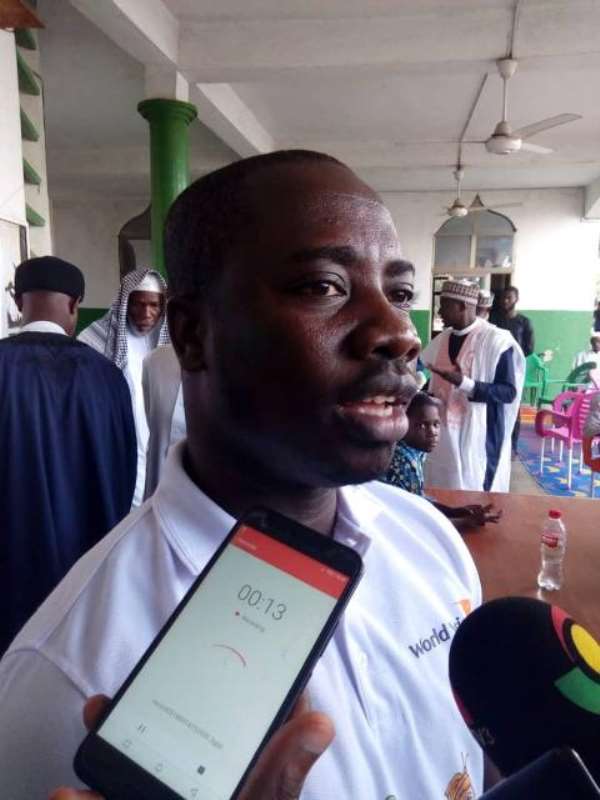 A research conducted by World Vision Ghana (WVG) has revealed that about 41 per cent of parents who give their children out for early marriage see nothing wrong with the practice.

Mr. Richard Okai, Programme Effectiveness Director of WVG, said the situation required sustained and strategic campaign to tackle the menace, which continued to hinder the development and growth of victims.

He was speaking at a town hall meeting with Muslim clerics and chiefs at the Kumasi Central Mosque as part of the'End Child Marriage Now!' campaign being implemented by WVG.

The campaign seeks to mobilize the support of influential and key stakeholders in society to end child marriage.

Mr. Okai said it was imperative to bring on board Imams and chiefs in Zongo communities to fight the injustice being meted out to victims of child marriage, whose potentials were curtailed and not allowed to be nurtured through no fault of theirs.

He was of the view that the fight against the practice would not succeed without the involvement of religious and traditional leaders.

He said the rights of victims to education were taken away from them while endangering their health since they were not matured enough to carry pregnancies.

Even more disturbing, according to him, was an emerging phenomenon whereby some men deliberately impregnate victims, forcing parents to endorse their marriage proposals.

He urged the leadership of Zongo communities to join the fight to end child marriage to allow the children to developand realize their full potentials, saying, this would enable them to contribute meaningfully to the family and national development.

She said 65 out of 100 maternal deaths, were below 18 years, adding that, those who survived most often had to go through prolonged labour, which affected their babies.

She therefore advised parents not to rush their children into marriage, stressing the need to allow their reproductive system to mature to avert complications during labour.