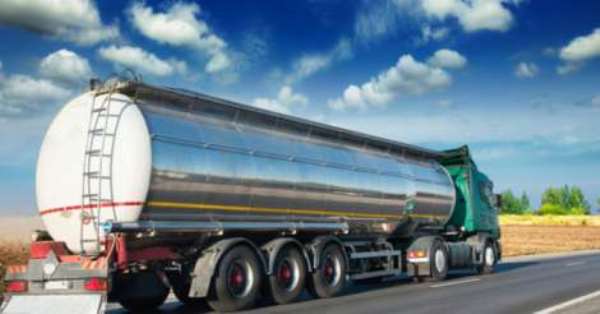 Petroleum tanker drivers across Ghana have threatened industrial action over their condition of service.

The move is likely to plunge the energy sector into further crisis after the price of petrol reached almost GHC5 last week.

The over 4000 tanker drivers say the failure National Petroleum Authority (NPA) to ensure full implementation of the Petroleum Producers Transportation Delivery Retail and Loss Control manual, which was formulated by the Energy Commission in 2004, will prevent them from working.

The driver said they will only return to work if the NPA ensures the full implementation of the Petroleum Producers Transportation Delivery Retail and Loss Control manual, which was formulated by the Energy Commission in 2004.

They further explained that not implementing the guidelines stipulated in the manual was having dire consequences on them, as their salaries and remunerations are not paid by transporters.

The letter to the Ministry of Energy by the drivers urged the government to ensure all filling stations implement the guidelines; else they will not move their vehicles.

'In our meeting with the President at the Jubilee House dated August 16, 2017, we were directed by President Nana Addo Dankwa Akufo-Addo to meet you to resolve the underground shortage delivery at filling stations and also the flow metre used at Bulk Oil Storage Transport (BOST)," the letter noted.

'Secondly, as regards our salary and remuneration, Mr. Minister, several letters had been sent to your office without response. We hereby give you an ultimatum of seven days to address our grievances, else we'll advise ourselves."

The NPA has been directed by the ministry to address the concerns of the tank drivers.

However, the Chairman of the Ghana National Petroleum Tanker Drivers Union, Mr George Teye Nyauno has said the directive is yet to be implemented.

'We because we respect them so much, the have taking us for granted so enough is enough. What I am saying is from Monday, the action that they are going to see from Monday, will not be like the previous one again,' he told Accra-based Joy FM.