GIBA Lash Out At Government 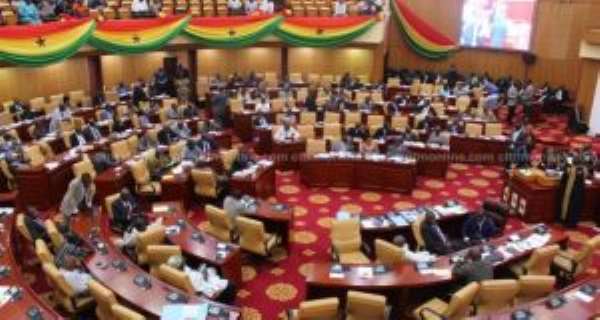 Prince Hari Crystal, an Executive Council Member of the Ghana Independent Broadcasters (GIBA), has accused the Akufo-Addo administration of engaging in unfair trade practices with its tax waiver for StarTimes.

The tax waivers granted StarTimes were for specific equipment, devices and terminals for the satellite TV project it is undertaking in 300 communities.

But GIBA is upset that Ghanaian companies have not been afforded such benefits.

…Whereas the indigenes in this country who have run broadcasts over the past two decades and have not received any such tax waivers,” Mr. Crystal said on The Big Issue.

He stated that GIBA thinks “it is an unfair trade practice for the Ministry of Communications through the ministry of finance to send this resolution to Parliament for adoption.”

The MP for Ningo-Prampram, Sam George, also criticized government for furthering Chinese interests through a tax waiver for the Chinese firm, StarTimes, because of their decision to offer digital TV experience to some 300 Ghanaian villages.

Mr. George, a member of Parliament's Communications Committee, said the “waiver is the most unfortunate thing which government can do.”

“So China Exim Bank and the Chinese government are supporting Chinese business by saying when we give you Chinese money, a Chinese company must do it. Now you are taking Ghanaian taxpayers' money effectively; that is what a tax waiver is, because a tax waiver is revenue to the state. You are waiving that tax not for a Ghanaian company, but for a Chinese company to come and enjoy.”

StarTimes takeover fears
GIBA earlier claimed that the government planned to allow the Chinese company to take over the DTT project.

But these fears were refuted by the government .

The government said the platform will be managed by a new firm called the Central Digital Transmission Company, which will be presided over by a seven-member Board, on which GIBA has a representative.

StarTimes involvement in Ghana
The government first signed a $95 million deal with the StarTimes to supply and install the Digital Terrestrial Television network platform for Ghana in 2012.

But the contract with Startimes was later abrogated over the failure of the company to secure the necessary funding from the China Exim Bank to execute the project.

The government then awarded the digital migration contract to K-Net , a Ghanaian-owned company.

As K-Net worked on the project, StarTimes sued the government of Ghana claiming an unfair abrogation of their contract with the State.

The Ningo Prampram MP, Sam George, claimed that the Government of Ghana willingly walked out of the case which it was set to win at the international court over fears of not being able to access a $19 billion loan facility from China for the country's Digital Terrestrial Television (DTT) infrastructure.

An Accra court in 2015 first threw the StarTimes case out of court compelling the firm to seek relief at the International Court.

The Mahama government set September 2017 as its target for the migration onto the DTT platform but the current Minister of Communications, Ursula Owusu-Ekuful has said Ghana is still not ready.

She then shifted the deadline for the migration from analog to digital broadcasting to 2018.

According to her, the project's implementation process faced some challenges, hence the change in date.