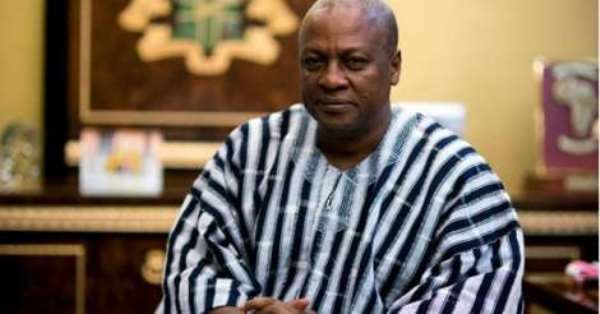 The Mills administration, under which Mr Mahama served as Vice President, declared Kwame Nkrumah as the founder of Ghana and set his birthday, September 21, to celebrate him.

The New Patriotic Party (NPP) has consistently contested making Nkrumah the founder of Ghana, saying many others also contributed to the Independence struggle of Ghana.

said: "Today remains our country's Founder's Day- a special day to reflect on the life & works of Dr. Kwame Nkrumah. His contribution to Pan-Africanism is beyond Africa. His vision for Ghana is profound."

Both days will be observed as a public holiday, a press statement signed by the Director of Communications at the Flagstaff House.

Kwame Nkrumah Memorial Day will replace the Founder's Day, marked on September 21 which also happens to be the birthday of Dr Kwame Nkrumah, Ghana's first president.