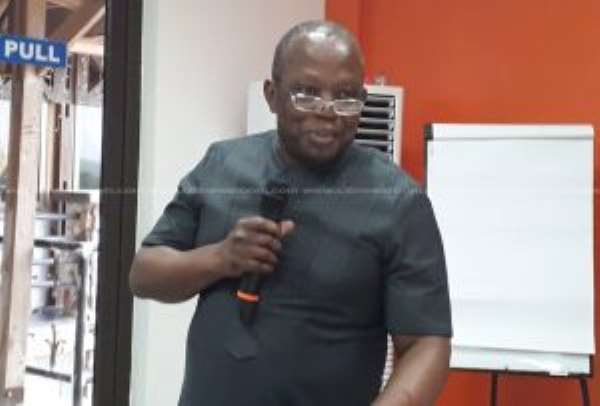 The Auditor General, Daniel Domelovo, has made ominous remarks about the constraints of the Special Prosecutor’s Office on its work.

Mr. Domelovo warned that the Special Prosecutor, Martin Amidu, is being rendered ineffective because of a lack of resources.

“The Special Prosecutor is not sitting well at all. There is no way he can be effective where he is seated,” he said at the at the Baah-Wiredu Memorial lectures on Thursday.

These sentiments are likely to come as a blow to the observers who viewed the setting up of the Special Prosecutor’s office as a massive step forward in the fight against corruption.

Despite the well-regarded competencies of Mr. Amidu as an individual, the lack of a support does not augur well for the fight against corruption, Mr. Domelovo noted.

“I want to invite all of you to visit him [Amidu]. I won’t tell you why. Go and visit him and you will see whether you can be effective given that you have one deputy, one secretary, and no investigator, no prosecutor; nothing.”

“I don't think one man can do all that so my submission is that if you want to do something, let's do it well,” he stated.

As an example of such constraints affecting work, the Special Prosecutor's Office recently said it is awaiting the recruitment of investigators to probe allegations of corruption forwarded to the office, including one against the CEO of the Ghana Cylinder Manufacturing Company, Frances Essiam.

Mr. Domelovo’s office is currently working with the Special Prosecutor on a major audit of the civil service.

Parliament passed a law in November in 2017, to establish the Office of the Special Prosecutor as a specialized agency to investigate specific cases of corruption involving public officers, politically-exposed persons, as well as individuals in the private sector implicated in corrupt practices.

The Office of the Special Prosecutor has been tasked to investigate and prosecute specific categories of cases and allegations of corruption and other criminal wrongdoing, including those involving alleged violations of the Public Procurement Act, 2003 (Act 663) and cases implicating public officers and politically-exposed persons.

The office has also be mandated to trace and recover the proceeds of corruption.

The Special Prosecutor's office is expected to be independent of the Executive, which observers hope will allow it to deal with corruption-related issues which have plagued governance adequately.