NPP Has Failed Ghanaians After Lying To Them 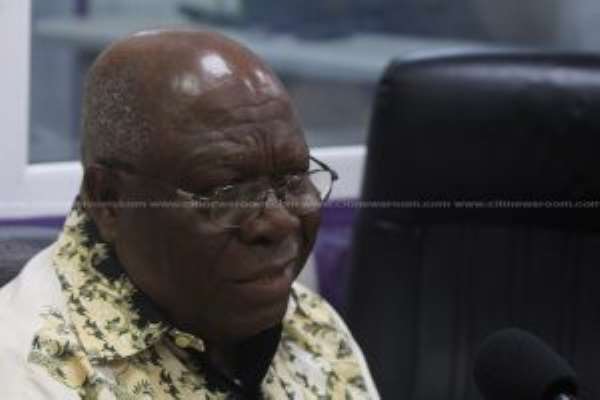 An aspirant for the position of National Chairman of the opposition National Democratic Congress (NDC), Dan Abodakpi, has described the tenure of the current New Patriotic Party (NPP) government so far as dismal.

According to him, having made a plethora of promises to Ghanaians ahead of the 2016 elections, the NPP has failed to deliver on those pledges.

He added that even the implementation of programmes like the Free Senior High School (SHS) education, which has been marked by the government as one of their major successes, has been fraught with so many challenges, forcing the government to adopt the double track system.

Speaking on the Point Blank segment of Eyewitness News on Thursday, Mr Abodakpi stated that the performance of the cedi, which has been tipped to struggle further against the dollar, was another indication of the current government’s failures.

When asked by the host of the show Umaru Sanda Amadu to rate the government’s performance so far, Mr Abodakpi replied, “dismal.”

“This is a government that came into power, lying to the people of this country. The NPP claim they are implementing free (SHS) education, but everybody knows the challenges that are being faced. The Constitution obligates any government to provide education progressively towards a point where it will be free. But before we can reach that level, it must guarantee the educational system basic infrastructure, etc. They thought they could just jump to it by appealing to the emotions of the people and that is a lie, no government can do so. And that it why they are talking about double track system, which is another name for the shift system that did not serve this country well in years gone by.

“Several other things are happening today; they said they were going to ensure that there’s stability with the currency. Today, the cedi depreciation and its effect on the general economy is there for everyone to see; the effect on transport, on industry, so many other things that we could talk about for hours. To that extent, they are a failure.”

‘Delegates know they made a mistake’

The former Keta Member of Parliament, who unsuccessfully contested for the NDC’s Chairmanship position in 2014 claimed that he foresaw the party’s challenges which culminated in them losing power in 2016.

According to him, the delegates regret not backing him in 2014 and have pledged to do so this time around.

“The things that I thought were going wrong with the party and for which reasons I felt we needed to rescue the party, were almost the same things that pushed us into opposition. Having found ourselves where we are, I’m sure I have to a large extent been vindicated been by our delegates that if they had listened to the diagnosis I had made and the solutions and made the right choice, perhaps we wouldn’t be where we are today.”