Alban Bagbin Is A Gift From God 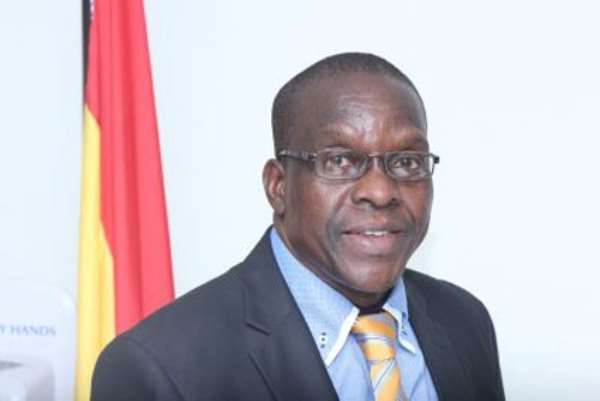 Second Deputy Speaker of Parliament and 2020 flagbearer aspirant of the opposition National Democratic Congress (NDC) Mr Alban Sumana Kingsford Bagbin has been described as a gift from God to Ghana.

Executives of the NDC in the Tema East Constituency wing of the party who gave that description, are therefore warning that the NDC would not only be shooting itself in the foot, but denying Ghana the service of an exceptional leader if it did not elect the respected Nadowli-Kaleo MP to the 2020 presidential ticket of the party.

'Mr A.S.K Bagbin's footprints include; grooming of the current President, Nana Akufo-Addo and his predecessor, John Mahama. If for nothing at all, this extension of his circle of influence is a clear testament to the fact that he is Godsent' Mr Stephen Ashitey Adjei, alias Moshake, said at a news conference in Accra on Friday.

According to him, 'If Mr Bagbin was able to groom two Heads of State for this country, then why should we not allow him the opportunity to lead himself?'.

The news conference was mainly thronged by constituency executives of the NDC within Tema East and, other delegates from around Greater Accra also attended.

In addition to Moshake, other speakers at the news conference included: Mr. Philip Yankey, Evans Amarh and Mr. Azeez Salau, all of the Tema East Constituency. That constituency seems to have advertised itself as a Bagbin stronghold which is off limits to all other NDC flagbearer aspirants.

And the influence of the Second Deputy Speaker of Parliament seems to have saturated the whole of the harbour city as the Tema Mantse himself, Nii Adjei Kraku ll, recently called on government to honour the Nadowli-Kaleo MP. Moshake cited the recommendation by the Tema Mantse and others as testimony.

'The fact that Bagbin is an outstanding leadership material is demonstrated by the fact that many prominent personalities, including the Tema Mantse have asked that he be awarded for his illustrious service to our country.'

Apart from the Tema Mantse, the Ewe chief of Tema, Togbui Datsomor Adelashie ll, has also asked that Mr Bagbin be given a national award for his longstanding meritorious service to the country in Parliament.

As for the chiefs of the Western region, their request has been that a Committee block in Parliament be named after him so that the most incorruptible MP in the 4th Republic is immortalised.

The second Deputy Speaker of Parliament has also been celebrated by a group of musicians who have composed songs celebrating him.

Moshake said that if the NDC delegates did not elect Bagbin to lead the party into 2020, the party would not only be depriving itself of a winsome candidate, but also be snubbing God himself.

'The voice of the people is the voice of God and the people have spoken and the tributes that Mr. Bagbin has received so far are self explanatory,' Moshake said.

On his part, Mr. Philip Yankey pleaded with his colleague delegates of the NDC, 'make history for ourselves and bring our party back to power.' According to him, NDC's surest bet was with Bagbin, whom he said has no corruption tag whatsoever on him.

Later, all those on the high table, including Mr. Azeez Salau and Evans Amarh, fielded questions from journalists.

Do DNA test for Rawlings alleged daughter before you bury hi...
56 minutes ago