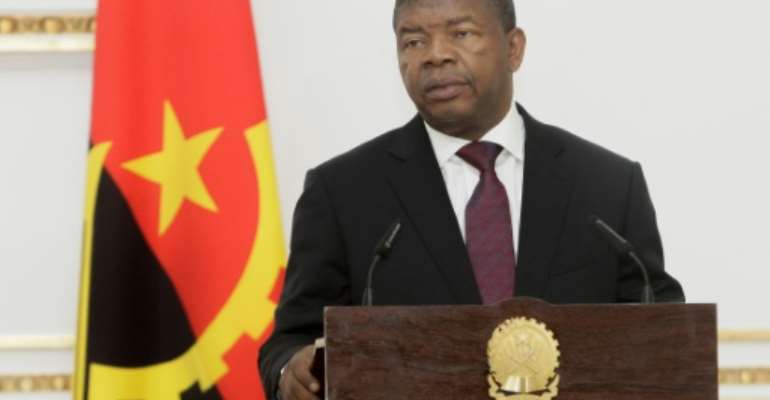 Angolan President Joao Lourenco has fought against corruption while also removing figures associated with the regime of his predecessor. By JOAO DE FATIMA (AFP/File)

Angolan prosecutors dropped corruption charges against a former army chief of staff who was sacked in April by President Joao Lourenco as he moved to shake up his predecessor's administration.

The charges against Geraldo Sachipengo Nunda were dropped late on Wednesday because of a lack of evidence "proving criminal conduct", according to the Supreme Court.

Eight other accused, including a spokesman for the ruling party, four Thai nationals, a Canadian and an Eritrean were placed under house arrest in connection to a $50 billion (43 billion euros) fraud.

Their trials are expected to begin before the end of the month.

In April Lourenco removed Sachipengo Nunda who had been implicated in the scandal by prosecutors a month before.

Since coming to power in September 2017, Lourenco has fought against corruption while also removing figures associated with the regime of his predecessor Jose Eduardo dos Santos.

During his 38-year rule, dos Santos secured the unquestioning loyalty of his security chiefs including the head of the army.

Other prominent dos Santos-era scalps claimed by Lourenco include his predecessor's son, Jose Filomeno, who is accused of attempting to steal $1.5 billion during his time at the helm of Angola's sovereign wealth fund.

Lourenco also removed dos Santos' daughter from the helm of the state oil company Sonangol and she is now facing probes for alleged corruption.