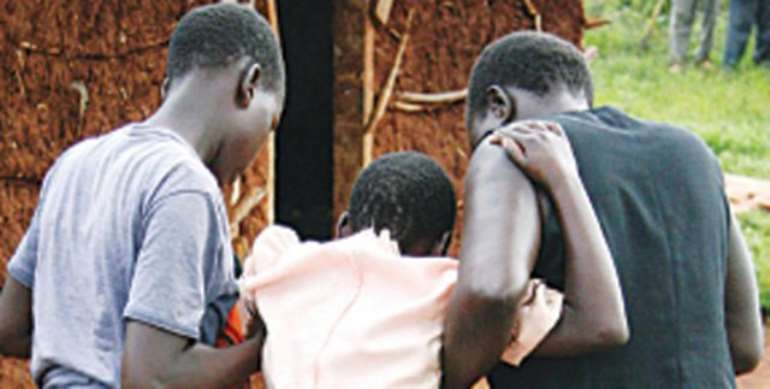 The figures were contained in the 2017 Criminal Investigations Department Annual Crime Statistics report. Gender Minister-designate, Cynthia Morrison is attributing the menace to fear, poverty and lack of education.

She says her outfit is working to make some shelters for defiled children fully functional to create a safer space for them.

According to the 2017 Criminal Investigations Department Annual Crime Statistics, 1630 cases of sexually abuse ofchildren were reported in 2015 alone.

In 2016, 1,341 were reported while and 1,685 were reported in 2017. It is instructive to note that these figures exclude rape. Greater Accra led as the region with the highest number of cases of sexual abuse during the period.

Executive Director of the Human Rights Advocacy Center, Cynthia Nimo-Ampredu, says the victims could be more as a lot of defilement cases go unreported.

Speaking on the Super Morning Show, the Director of the Center for Juvenile Delinquency, Dennis Adjei Dwomoh called for a special fund to support children who are defiled.

Gender Minister-designate, Cynthia Mamle Morrison says, her outfit is working to get some shelters for defiled children fully functional.

Children who are defiled are left with psychological trauma, bruised for life. As the innocence of these children is lost to the libido of men who are sometimes old enough to be their fathers, it is important for a safe net to be created to protect them.

Also the laws must be made to bite hard enough to deter others.