Remove Some Of The Fuel Taxes - ACEP Backs Calls 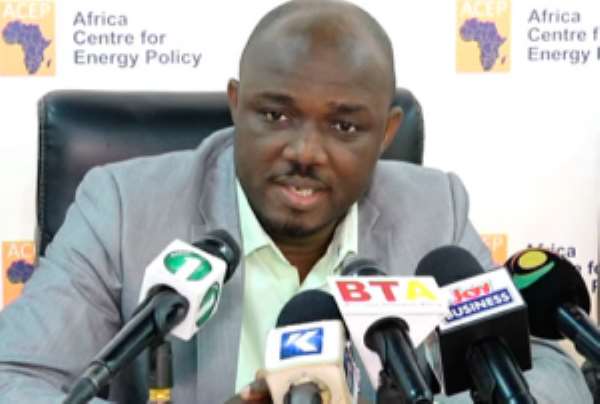 Energy Think Tank, Africa Centre for Energy Policy (ACEP), has backed calls for the government to bring relief to fuel consumers by scrapping some taxes from the petroleum price build up.

Fuel prices crossed the GHc5 per litre mark earlier in the week, giving rise to calls for government to cushion consumers against economic hardship.

The Minority at a press briefing on Wednesday called on the government to scrap the special petroleum tax to drive down the cost of fuel.

“There will be the need for government to pass on relief to consumers. I don't know to what extent…but scrapping of some taxes should be considered as well,” he added.

Fuel prices have been going up intermittently within the last few weeks.

According to the Minority Spokesperson on Mines and Energy, Adam Mutawakilu, the special petroleum tax has outlived its usefulness and must be scrapped to bring the prices down at a time when world market prices allow government to make a windfall of 10 million dollars per day from crude exports.

“In the 2018 budget, this [Akufo-Addo] government presented to Parliament a benchmark price [the price at which we sell our oil] of $57 per barrel. But as we speak now, the price per barrel is $77 per barrel. That means government is making surplus of $20 per barrel. And currently, we produce at almost 200,000 barrels. So if you multiply this $20 barrel excess by 200,000 we are talking about $10 million surplus every day.”

“That means every day government is making surplus of $10 million. By this, the special petroleum tax has nowhere to fill in the gaps in respect to the oil prices. And that is why we are calling on President Nana Akufo-Addo to as a matter of urgency scrap the special petroleum tax. Currently, it's about 46 pesewas per litre, and if it's about 5 litres a gallon, you are talking about Ghc2.2. If you calculate it as a percentage that's about 10%,” he added.