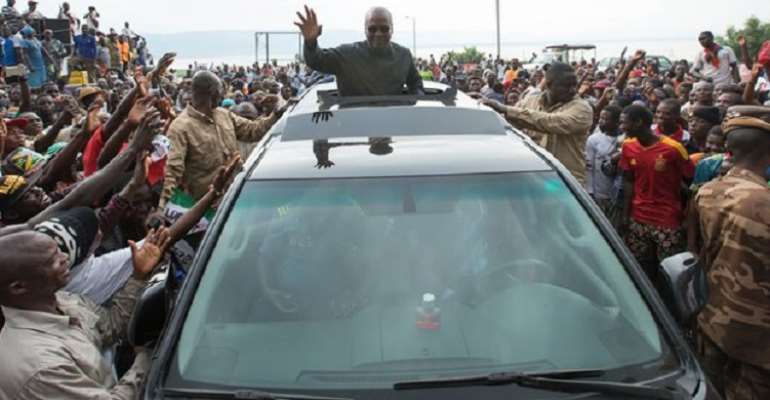 Former president John Dramani Mahama has not begun a tour in the Central Region as widely spread in the country.

News was rife that Mr Mahama was embarking on a four-day tour of the Central Region, beginning from Wednesday, September 19, 2018.

Ahead of the NDC’s national congress, the former president who is seeking to be elected the flagbearer of the party for the 2020 elections, was expected to visit Awutu-Senya East, Gomoa East, Ajumako/Enyan/Esiam, Mfantseman, Cape Coast North, and Upper Denkyira East constituencies for support.

But the Central Regional Communications Officer for the opposition National Democratic Congress (NDC), Kwesi Dawood told Power 97.9 FM’s Daakyehene Ofosu Agyemang that the former president is in Ethiopia for an official engagement.

"It is not true that he is in the region. He is currently in Ethiopia," Dawood stated.

He further said the party will officially announce when Mr Mahama will begin his tour in the Central region.