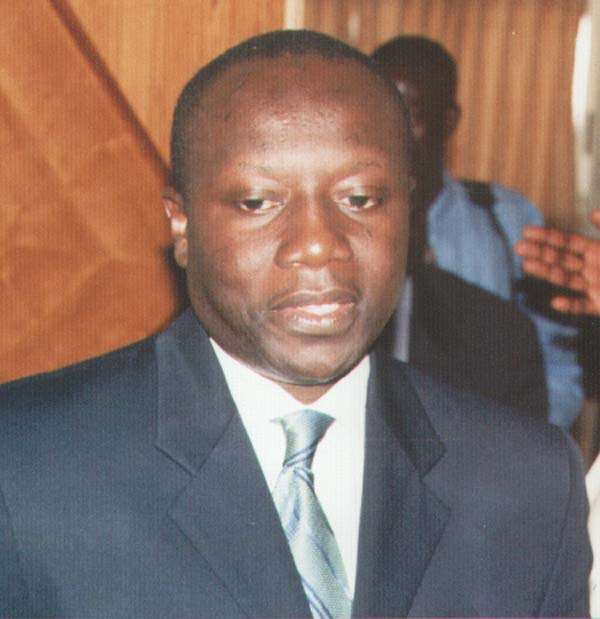 EXECUTIVE Director of Databank, Ken Ofori-Atta, has stressed the need for Ghana to look more within for the core of resources to develop the country instead of looking up to foreign donors and capital. The expansion of a strong domestic private sector should instead be the driving force behind development in Ghana, according to the Executive Director and Co-Founder of Ghana's leading financial services provider. He was speaking to The Statesman in an exclusive interview. In 2004, donor assistance accounted for 32.9 percent of the nation's total fiscal receipts, according to the last budget, with the over two-thirds remaining coming from domestic resources. Yet Mr Ofori-Atta has estimated that the Ministry of Finance and other ministries still spend up to 60-80 percent of their time with donors to secure these commitments and disbursements. A more proportionate amount of energy and resources should be devoted to nurturing sustainable home-grown earners, he said, which will ultimately be the most effective way of securing lasting national growth. Though not dismissive of the role of foreign investment and development packages from NGOs and foreign governments, he emphasised that the responsibility for development and growth in Ghana had to come from Ghanaians themselves and no one else. “I am not saying that such things ought to be thrown out, but simply that the amount of time and money involved should be put into perspective,” he said.
“I believe in Ghana,” Mr Ofori-Atta reiterated. “Ghana has a destiny of greatness. I am convinced that that can be realised by respecting Ghanaians and putting them first, which will lead to an unleashing of our creativity and capacity to develop. We need to empower each other to take full responsibility for our development,” he said, speaking of the “limitless social capacity of our people” as a significant resource which has yet to be tapped.
capacity to develop. We need to empower each other to take full responsibility for our development,” he said, speaking of the “limitless social capacity of our people” as a significant resource which has yet to be tapped.
Ghanaians, both at home and abroad, need to recognise this sense of responsibility and obligation, he said. Patriotism should be a spur to ambition. He mentioned particularly the role of the Diaspora in continuing to support their homecountry, a topic he explored more fully when he spoke at the Homecoming Summit organised by the Government in July of this year.
Over three million Ghanaians currently live outside Ghana, and their remittances already account for $400 million annually – the third largest foreign exchange earner after gold and cocoa. The Executive Director himself spent many years working abroad, returning to Ghana in 1990 to set up Databank and its subsidiary companies.
Mr Ofori-Atta also played down the importance of public sector-led development in the country, and asserted the need for more individual fervour and ambition. “The private sector must be able to motivate itself,” he insisted. He called for greater public/private sector partnership, but said that enterprising entrepreneurs should not wait for government-led progress if it was not forthcoming but should instead assume the lead in driving the development agenda forward.
However, Ghana is currently facing a “crisis of leadership” according to Mr Ofori-Atta, which is acting to stifle this kind of private development – the result of a “negative mindset across the board”. This he identifies as the major factor that is holding the country back, a phenomenon that is cross-cutting, affecting not only economic advancement and the development of a strong private sector, but also political and academic leadership in the country.
“In politics, we are not seeing the sharpness and conviction of vision we need; in the private sector, we are not seeing the leadership, creativity and strength of limitlessness that should be inculcated.” In the academic sector, he continued, more integration is needed between academics and other leaders, in order to further the development agenda.
Ghana's turbulent history is the explanation proffered by Mr Ofori-Atta for this common reluctance he sees amongst leaders to innovate and initiate for themselves; a negative hangover from the socialist flirtation witnessed under the first post-independence government and then the dictatorship of military regimes, which discouraged individual endeavour and instead fostered a spirit of over-dependency on the State.
This legacy of dependence remains and continues to act as a mental barrier to effective leadership and growth in Ghana, according to Mr Ofori-Atta. “It reverberated through a psychology of general mistrust in the private sector,” he opines; a cynicism and mistrust which the country has yet to shake off. Too often Ghanaians are simply underselling themselves, he believes – and it is this negative mindset more than anything else which is holding the country back from further and faster development.
“Why are we disempowering ourselves and not looking in a more limitless way?” he asks. He points to the example of Ecobank Transnational as a model of what might be replicated in Ghana. The company was created in 1985 with just $32 million. 20 years later, and Ecobank is now a $2 billion company, with branches in 15 or more countries across West Africa.
“What, then, is to stop a Ghanaian from thinking: I want to create a multinational institution?” Ofori-Atta asks. And what can be done to make a clear break with the outdated notions which continue to dog economic, political and academic progress in the country?
“We need to take the veil off people's eyes,” was his response. Conditions in the country are not adverse to the development of a healthy private sector, but too many people are still held back by outdated fears and notions.
In the last five years, Ghana has established a certain macro framework for a very strong economy in relation to other West African nations. “We the private sector should recognise and therefore be bold about how we develop our companies and the important role we can play in economic growth.”