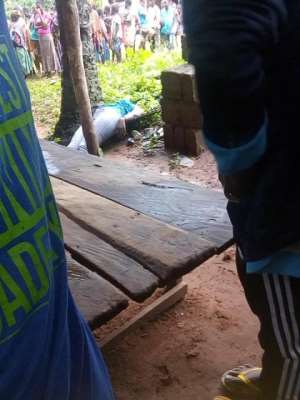 Apraku Ethel, a 21 year old trader at Pai Katanga Market in Dambai in the Krachi East Municipality has been struck dead by lightening following a rainstorm while selling at the Market.

Mr Issah Apolongo Assemblyman for Katanga electoral area told the Ghana News Agency (GNA) that the deceased was selling with her three siblings when the incident occurred.

He said the thunderstorm ripped-up roofs of sheds of the Pai Katanga market and wounded a few who were sent to the Worawora Hospital.

The mountain ranges in the area recorded severe rainstorms recently, one resulting in a landslide that almost sealed off a section of the road near Asukawkaw few weeks earlier.

The debris from the landslide remained largely un-cleared although residents in the area communally tried to make the road motorable.

GNA gathered that the road remained partially blocked, with debris continuously tumbling down and endangering lives of road users.