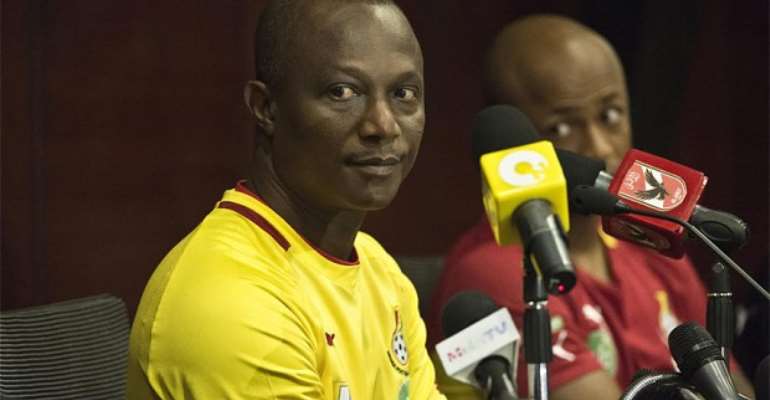 Coach Kwesi Appiah says he has learnt lessons from Ghana's 1:0 defeat to Kenya in the 2019 Africa Cup of Nations qualifier against Kenya.

Despite creating 13 chances in the game, Nicholas Opoku's own goal in the first half was enough for the Harambee Stars to pocket all the three points.

However, the former Al Khartoum manager says he has picked the positives from Ghana's defeat.

“On my part, I have learnt a lot about the players. It was important to know what they can do especially the new ones and this game has shown me a lot.”

“…the level I was expecting from some of them was not what they showed on the pitch.”

“I don’t play with names; I play with players who will be fit at a particular time. Kwadwo being on bench does not mean he’s not a good player but under circumstances, we had to make some players start,”

“When you are building a team if you don’t give others chance to play, how do you assess them? We shouldn’t look at who can play today only, but also those who can play in 10 years,” Appiah stated.

“I still believe that we can qualify. Personally, I know that we will be there next year. It is an unfortunate loss, but you learn from defeat and make sure you don’t do the same mistakes next time,” said Kwasi Appiah.”

Ghana will take on Sierra Leon in the third round of matches on October 6.