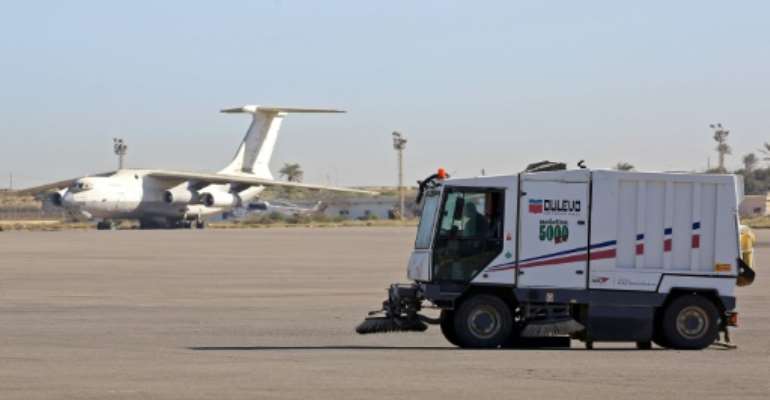 Mitiga airport has been used for civilian flights since Tripoli's main international airport was damaged in fighting in 2014. By Mahmud TURKIA (AFP/File)

The Libyan capital's only working airport has come under rocket fire just days after reopening following a UN-backed ceasefire between rival armed groups vying for influence in the oil-rich country.

The Tuesday night attack underscored the fragility of the latest peace push in the North African nation, which has been beset by turmoil since the fall of dictator Moamer Kadhafi in 2011.

There was no immediate claim of responsibility after at least three rockets hit the perimeter of Mitiga International Airport on the eastern outskirts of Tripoli without causing any casualties.

Fights were diverted to Misrata, some 200 kilometres (120 miles) east of the capital, an airport source said.

Mitiga airport had only reopened on Friday after it was forced to close for a week because of deadly clashes between rival militias in and around Tripoli. 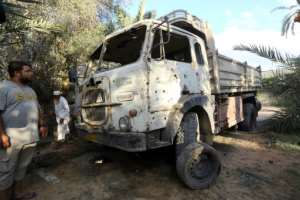 The fighting has killed at least 63 people and wounded 159 others -- mostly civilians -- since August 27, dousing hopes of elections being held this year.

A ceasefire announced on September 4 has largely been respected but witnesses reported brief clashes in the south of the capital on Tuesday night.

Thousands of families have fled the violence to nearby towns or have had to seek shelter in other districts of Tripoli, authorities have said.

Several rockets had already struck near the airport last month, forcing authorities to divert all flights to Misrata on that occasion too.

A UN-brokered agreement signed in Morocco in December 2015 establishing a Government of National Accord (GNA) for Libya brought hopes of an easing of the chaos that followed the 2011 revolution.

But divisions remain between the unity government in Tripoli and rivals including military strongman Khalifa Haftar who is based in the east and refuses to recognise the GNA's authority. 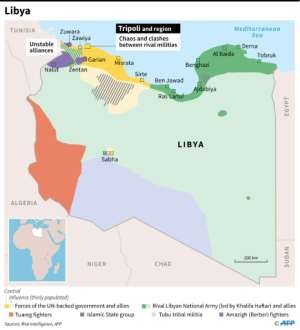 Tripoli has been at the centre of a battle for influence between armed groups with shifting allegiances since Kadhafi was overthrown and killed.

Mitiga airport, a former military air base, has been a civilian airport since Tripoli's main international airport was badly damaged in fighting between rival militias in 2014.

Since then only Libyan airlines have operated in the country, running internal flights and regular connections to a handful of countries, including Tunisia and Turkey.

Jihadist groups and people traffickers have taken advantage of the chaos in Libya to gain a foothold.

Despite being driven in December 2016 from its main fiefdom of Sirte, east of the capital, the Islamic State group continues to carry out deadly attacks.

IS claimed responsibility on Tuesday for a suicide attack a day earlier against the headquarters of Libya's National Oil Corporation which killed two employees.

Three attackers died in the assault on the NOC's offices, IS said in a statement published by the US-based SITE Intelligence Group which tracks extremists.

That attack came four months after the headquarters of the country's electoral commission in the capital was hit by IS suicide bombers, killing 14 people.