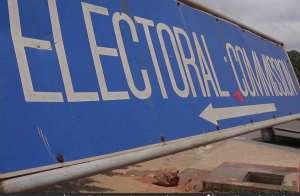 A group calling itself Strategic Thinkers Network-Africa, has dragged the Electoral Commission and the Attorney General to the Supreme Court over the yet-to-be-created six additional regions in Ghana.

The group is seeking an injunction on the referendum process to be held in beneficiary communities.

Ghana's Electoral Commission is putting measures in place to hold a referendum in parts of the country for the creation of six additional regions following a recommendation the Justice Brobbey Commission to government.

The EC at its recent Inter Party Advisory Committee (IPAC) meeting approved a road-map for organizing the referendum.

But the Strategic Thinkers Network wants the Supreme Court to declare as null and void the Electoral Commission's plan to limit the referendum to only registered voters in the yet to be created regions.

The group also wants a declaration that the impending limited voter registration exercise in the beneficiary areas “is arbitrary, whimsical and capricious, and violates Articles 45(a) and 296 of the 1992 Constitution and therefore unconstitutional.”

They also want an order directing the Electoral Commission “not to conduct the referendum limited to only the places so recommended.”

“An interlocutory injunction order directed at the 2nd Defendant from going ahead with the limited registration exercise in only the proposed new regions until the determination of this matter,” the group added in its writ.

Referendum slated for December 27
The Electoral Commission has set December 27, 2018 , for the referendum on the creation of the new regions.

The Commission is expected to embark on a series of activities including the registration of new and continuous voters, the exhibition of the voters' register, as well as processes for the transfer of votes and or the grant of proxy votes.

But some critics say the creation of the new regions makes no economic sense.

US based lawyer, Stephen Kwaku Asare has kicked against the new regions insisting that there was no economic justification for the plan.

Explaining his stance on the matter that has generated huge public interest, Professor Kwaku Asare said the process is strenuous and expensive.

“I am clearly against creating new regions because I don't see the economic justification for that. Creating regions is very expensive.”