Senility Takes A Toll On The Brig 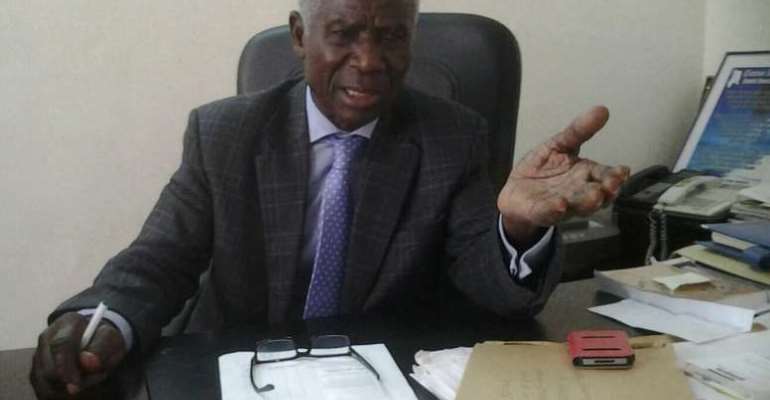 At a time when the unproductiveness of the so-called coup described as a revolution in Ghana's history is now an undisputable fact, someone is longing for another dose of it.

Senility is taking a terrible toll on Brig Nunoo-Mensah (rtd) his prediction of a revolution evidential of this fact.

Last weekend featured the smelly prediction from the man who has gained an unenviable notoriety for spewing nonsense in the media. People listen to such crap irrespective of the balderdash they represent and pose questions about just why they are originating from persons who should know better. Unfortunately, however, the advanced age symptoms vary from person to person. While some do not post any symptom of degeneration at an advance age, others do and even earlier before joining the septuagenarian bracket.

For a man Nunoo-Mensah's age to be obsessed with making media headlines through such remarks most of them outright nonsense, his family might have to consider tethering him to his bed lest he continues to make more adversaries for himself.

There are many retired Generals in this country, of course, with better pedigrees who would rather hold themselves as gentlemen – the hallmark of good military officers retired or serving by avoiding such collision courses with the good people of this country.

We are sad that this man erroneously thinks he is the best retired General in the country whose remarks and doomsday predictions must be accepted hook, line and sinker; their poor qualities notwithstanding.

Having joined the gang of political prophets, Nunoo-Mensah has put himself on the firing line and deserves direct hits. We are constrained to be reacting the way we are but the future of this country is being poisoned by the ilk of the man on the firing line. Ordinarily, his septuagenarian status should have spared him such a reaction not so when he has refused to conduct himself as one worthy of deference.

The heat which the retired One-Star General's inappropriate remarks attracted was near countrywide. Ghana, for his information, will never go through that nonsense called coup d'etat or a so-called revolution. We have learnt our lessons.

We opted for democracy as the rest of the civilized world did and so shall it be. Since when did the people of Ghana choose a senile septuagenarian to speak for them?

We are on a smooth governance path and do not consider the issues he raised as worthy of some adventurists breaking into the armouries in the name of saving the country.

The best people to decide whether the country should have a change of political and economic direction are Ghanaians and that they would do through the ballot box not a lonely retired General bored with life and bizarrely nostalgic for a coup.

The retired Brig is longing for his platoon or company commander's days in the colours but those are gone, never to come again. As for coups let him forget them; they have been pushed to the dark chapters of our history.

Having drawn so much fire to himself, he has turned round to claim he was taken out of context – the standard reaction of originators of such political nonsense.