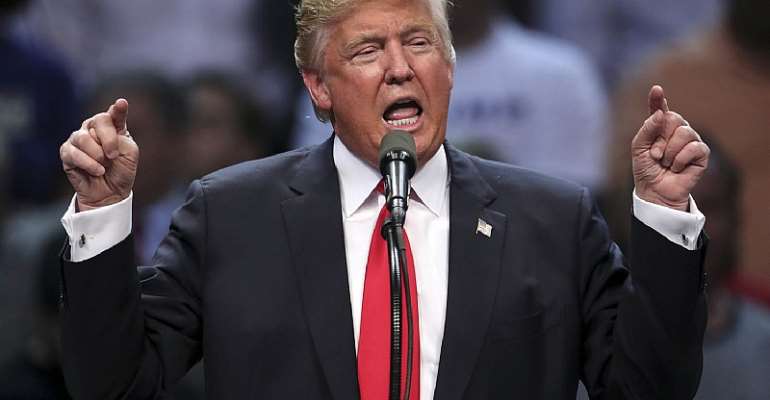 The Trump presidency has proven to be a set of publicity driven punctuations and blows, riddled by distractions contrived and accidental. Controversy and accusation characterise the next revelation, the next announcement that might throw journalists off the scent, confounded enemies off the trail. The presidency as spectacle, the White House as erratic film studio, is the means by which this particular president survives. Assaults and accusations are missiles seeking to find their mark, missing at the last moment, and the publicity vultures do the rest. Distraction is everything.

The latest of such distractions comes in the form of the anonymously authored piece for the New York Times (by a certain “senior White House official”), one outlining the dysfunctions of a “two-track presidency”. It was banal on one level, stating the obvious, advancing the grounds that were already there: Trump has his opponents within the administration keen to foul the nest.

Striking in the account is its resounding note of subversion, a mutiny within designed to frustrate the designs of the chief executive officer of the United States; valiant agents keen to keep Trump from realising his designs. “I work for the president but like-minded colleagues and I have vowed to thwart parts of his agenda and his worst inclinations.” While not being of the “left” resistance against Trump, the author explained that “many Trump appointees have vowed to do what we can to preserve our democratic institutions while thwarting Mr. Trump’s more misguided impulses until he is out of office.” The governing concern? Amorality – Trump’s distinct absence of “any discernible first principles that guide his decision-making.”

Such antics will be lauded by Trump’s critics, who suggest that he is little more than unhinged, hedonistic orange beast in need of containment. To frustrate the realisation of his inner child, in other words, is to achieve a high standing of nobility for the republic.

The article from the Times adds to a growing body of work speculating over the mental disposition of that man in the White House. It all constitutes yet another obstacle to discussions of policy, a point that Trump has encouraged since he became a serious political candidate: discuss the man in totality, flaws and all. The substance of governance can be left to others. This says as much about the subject as the investigators.

The overall portrait of dysfunction has received heavy daubs from a range of sources of late. Bob Woodward ventures into familiar territory with his quotidian Fear: Trump in the White House (an account of the “nervous breakdown of Trump’s presidency”). He quotes former chief of staff Reince Priebus on the decision making process that takes place in this particular administration: “When you put a snake and a rat and a falcon and a rabbit and a shark and a seal in a zoo without walls, things start getting nasty and bloody. That’s what happens.”

Mental health experts, not wishing to be left out of this feast of commentary, sought to peer into Trump’s mind with The Dangerous Case of Donald Trump, an account amusing for its evident compromise (the authors’ own words) of professional neutrality in favour of a vaunted “civic duty to warn”.

That work is instructive in how Trump has managed to pull the carpet from underneath the very individuals who describe him as hostile to rules and conventions. To understand this repellent force, one must become a breaker of rules. The Goldwater rule, as it is termed, requires mental health professionals to, as Brandy X. Lee describes it, “refrain from diagnosing without a personal examination and without authorisation.” This was no pressing encumbrance to Lee, who felt it necessary to observe that pressing social “responsibility to protect public health and safety”.

The anonymous article has presented Trump with another opportunity to generate column space and news cycle energy. This is what an administration of insurrection subsists upon: furious activity signifying nothing. Whatever mental complex professionals of mind and pen might attribute to him, Trump can claim to be under siege and persecuted; he can find enemies because his enemies will be more than willing to take up positions in the gallery.

On a flight from Billings, Mont. To Fargo, N.D., he outlined the next steps of retaliation against the unnamed White House official. “We’re going to take a look at what he had, what he gave, and what he’s talking about, also where he is right now.” A person with such security clearances would not be permitted to attend meetings “concerning China or Russia or North Korea or something.”

Trump has also urged Attorney-General Jeff Sessions to take up the case as the op-ed, in his view, was egregious enough to be a matter of “national security”. The Department of Justice has been less than willing to clarify what any prosecution might entail, covering all necessary contingencies: “The department does not confirm, deny or otherwise acknowledge the existence or non-existence of investigations.”

Other props of speculation are also being placed in full view of the press: an acceleration of the trade war with China, Trump’s claimed possession of a letter from Kim Jong Un that will yield promising gold. The show must go on, substance or not. The insurrection must continue.