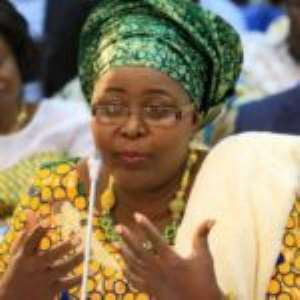 The management of the Twifo Hemang-Lower Denkyira (THLD) District Assembly in the Central Region have been accused of allegedly engaging in financial malfeasance. They are also alleged to have embezzled funds meant for the development of the area through dubious means and cover-ups.

This was made known by a group of assembly members of the THLD, who call themselves “Concerned Assembly Members”, at a press conference held at Jukwa recently.

Mr Paul Tenkorang, who addressed the press on behalf of the group, alleged that GH¢56,400 was paid into private pockets for the reshaping of the Ampenkro-Asensoho Shed feeder road work.

According to the group, the road reshaping was done by the natives of Asensoho Shed through individual levies. In his view, the Assembly could not make the payment when, in actual sense, the inhabitants had already paid.

Mr Tenkorang again stated that the Twifo Oil Palm Plantation (TOPP) Company paid for the maintenance of the link road between Paaso and the new assembly building at Hemang.

Officials of the District Assembly, he alleged, also withdrew GH¢35,550 from the Assembly's Common Fund to pay for the same work.

However, the former head of the Works Department, Mr Clinton Aberah, who has since been transferred, has denied all the allegations. Speaking in a telephone interview with The Chronicle, Mr Aberah said value for money was done in all his dealings.

Mr Aberah denied categorically the allegation that the Assembly did nothing about the road that leads to the new assembly building, but allocated monies for it. He said: “There was an old road that had become highly unusable, so we had to contract someone to work on it.”

The Assembly, Mr Abera stated, constructed culverts and engaged a bulldozer to work on the road and made it accessible. “We invited quotations from three people, and we found one to be more economically prudent, and we settled on him,” he added.

Though he denied that the road was constructed by TOPP, he was not able to give the exact amount the Assembly spent to reconstruct or make it usable.

The concerned assembly members also claimed at their press conference that, instead of paying GH¢6,160 to the contractor who built a three-unit classroom block at Wawase, the Assembly unduly abrogated the contract.

According to the group, “they awarded the contract to themselves without the painting component of the building, and paid seven times the amount.

Mr Tenkorang, spokesman for the assembly members, alleged that GH¢47,632.50 was rather paid, asking, “is it deliberate stealing of public purse or create, loot and share agenda they are pursing?”

According to the concerned members, the full contract sum of GH¢69,909 for works done at the Jukwa market had been paid upfront, but work has been halted.

Responding to the above allegation, Mr Aberah told The Chronicle, the contractor to whom the market was awarded, worked in phases. He explained that the money paid to the contractor was meant for a phase of the work that had been completed.

One of the allegations of the concerned members was that though burglar proof was fixed at the new assembly block costing GH¢21,000, GH¢43,160 was paid into the accounts of the officials.

According to the former Works Department head, a contractor charged the Assembly about GH¢90,00.

He explained to The Chronicle that they managed to have the same work done at a far lesser price, thereby ensuring value for money.

Several calls made to the District Coordinating Director in order to get his response were not answered.

It would be recalled that the same group recently sent a petition to the President in which several allegations were levelled against the assembly's management.