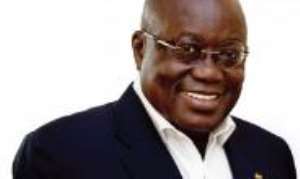 This long essay is in two parts. The first part discuses Ghana's current economic situation and the need for government to have a comprehensive Asia Policy to tap into the economic might of the rich region of Asia. The second part looks at the rise of Asia and its lessons for Ghana and Africa.

Part I
Akuffo-Addo was elected into office at a time when Ghana’s economy was in a very bad shape. To put things in perspective, the economy had grown 14 percent in 2011, then it decelerated to 9.3 percent in 2012, then 7.3 percent in 2013. It fell to 4.0 percent in 2014 and 3.8 percent in 2015. In 2016, the economy grew just 3.7 percent. The GDP to debt ratio was more than 70 percent. Inflation was in a double figure territory at 17.5 percent in 2016. The cedi was not doing well against several international currencies. Unemployment was stubbornly high and nurses and graduates were agitating for government and businesses to hire them. The almighty power crisis (which Ghanaians labelled dumsor) was forcing companies to close down and they responded by sacking workers, a situation which added to the country's already serious unemployment problem.

The price of oil which had collapsed in 2014 was still not recovered denying the Mahama government the hundreds of millions of dollars in revenue it needed to improve the economy. The worsening economic situation forced the government to agree to a $918 million IMF Extended Credit package in 2015. In the words of the International Monetary Fund (IMF), the facility was to enable Ghana “to restore debt sustainability and macroeconomic stability to foster a return to high growth and job creation”. The Fulani menace that was sweeping across Eastern, Ashanti and other regions remained out of control. Galamsey was destroying forests and rivers in several parts of the country causing serious environmental havoc in the affected communities. Armed robbers were terrorising many communities. To put it mildly, the Akuffo-Addo government may have inherited more problems than any government in the Fourth Republic. The urgency to address these economic, security, and environmental challenges was daunting.

A permanent solution has been found by the government for the Fulani and their cattle. A 600 acre land is currently being developed to permanently settle the cattle herders. Many Ghanaians agree that the uncomfortable power supply hazard has been contained though the previous John Mahama government deserves some of the credit for particularly bringing in the 300 megawatts emergency power supplied by Ameri. It is important to state that the long term energy security of Ghana has not been addressed. Notwithstanding, armed robbers and armed robbery remain a challenge.

However, the biggest challenge is still the economy notably the stability of the local currency, the weak manufacturing sector and the associated dependency on foreign imports as well as unemployment particularly among the youth. The debt to GDP ratio is still high at above 65 percent and may exceed 70% by 2019. The size of Ghana's economy is projected to expand from $47 billion in 2017 to $60 billion in 2020. This suggests that Ghana has a long way to go before bridging the development gap with her Asian peers such as South Korea, Malaysia, Singapore, Hong Kong and Taiwan. By 2020, Ghana's level of development will be at where South Korea was in the 1970s, and where Malaysia and Singapore were in the early 1990s. In other words, Ghana has to double or triple its efforts if it is to develop and catch up with the her peers in Asia.

Recent economic analysis about the global economic power indicates that there is a dramatic shift from the West to the East and that it is difficult for any country trying to grow its economy, or develop and industrialise to ignore the Asian continent (see part 2). Yet this is what is happening in Ghana. To be fair with the Akuffo-Addo government, since assuming office it has taken some steps to attract investment from Asia. On Friday 31 August 2018, President Akuffo-Addo left Ghana for China with a delegation that included businessmen and women. This is a good move by the President because it is likely to deepen relations between China, the world's second biggest economy and Ghana, one of Africa's fastest growing economies. In China, President Akuffo-Addo signed several economic agreements with Chinese investors and promoted Ghana as the top destination for Chinese investment. The China visit afforded China to understand the huge investment opportunities that exist in Ghana. In February 2018, Finance Minister Ken Ofori-Atta, travelled to Singapore and Hong Kong to draw the attention of investors in both countries about investment opportunities in Ghana’s government bonds.

In April 2018 he also made a visit to Japan, Asia's second largest economic powerhouse to showcase Ghana to Japanese investors. In Japan he spoke in geopolitical language reminding his host that “China has had a growing influence in Africa for some time. But most African countries are beginning to see how there could be a balance in terms of their relationship with Asia...I think Japan offers a solid alternative to a multipolar global diplomacy, and it is of interest for Africa to have diversity of options for ourselves". He added “Our economy is becoming more robust and it is time to encourage Japanese FDI (foreign direct investment) and market investors, from places such as pension funds, to invest into Ghana”.

In late July 2018, Ghana’s Parliament rectified agreement between Ghana and Sinohydro Group Limited of China to exchange Ghana’s refined bauxite for infrastructure projects worth $2 billion to be provided by Sinohydro.

These visits and agreements are in the right direction except that they do not represent a coherent and a comprehensive policy. They are not based on a wider, calculated approach to sell Ghana to the wider Asia region. Some investors in Asia for example will like to see a detailed government policy document that seeks to guide, target and engage the rich Asian countries in their engagement with Ghana. The lack of existence of a comprehensive Asian Policy document makes investors not sure of where government stands, its goals and objectives including the priority sectors the government would like to have investors channel their capital into.

This is even more important given the urgency with which the government needs funds to turn its campaign promises into tangible, deliverable outputs.

Therefore, in order for Ghana to benefit from Asia's huge financial goldmine, Akuffo-Addo's government must have a comprehensive actionable Asia Policy and a well-defined strategy to woo Asian investors. This is particularly important given that for decades Ghana has been focusing disproportionately on European and North American countries for investment but the response has not been all that encouraging. For instance in February 2018, President Akuffo-Addo addressed 50 US Governors in the United States urging them to invest in Ghana. He also told officials of German government to take keen interest in Ghana's economy. Except for the recent announcement that the VW car company intends to set up assembly plant in Ghana, there is little evidence to suggest that European and American investors are strongly responding to his calls. Moreover, there is one major difference between Asian and European investors. European and American investors are always interested in few sectors (particularly oil and mining) whereas Asians always broaden their investment portfolios to include agriculture, transportation, energy, finance, oil and mining.

As Ghana tries to position itself as the West Africa's economic powerhouse, the government's economic and industrial policy must seek to lure Asian investors to establish key operations especially in manufacturing in the country by reforming Ghana's civil service, as well as the economic, political, social and legal institutions. The recent collapse of some Ghanaian banks for example sends a wrong message to all investors about the health of the Ghanaian economy in general and banking and finance in particular.

An Asian Policy must not be reduced to only borrowing, selling bonds and exporting raw materials but must include investing in technology, finance, energy, infrastructure, security, defence, as well as education and research collaboration with top universities in the region. An Asian Policy must also identify the key Ghanaian sectors that the government wants to develop and guide investors to channel their investment into those sectors. A dedicated body should be established to focus solely on selling Ghana to Asia. Members of such body must be drawn from key ministries including Foreign Affairs, Finance, Natural Resources and Trade and Industry.

In conclusion, the 21st Century is Asia's century but it could also be Ghana's century if Ghanaian leaders take the necessary steps to mobilise domestic resources while attracting investment from other regions particularly the strategically important Asian region.