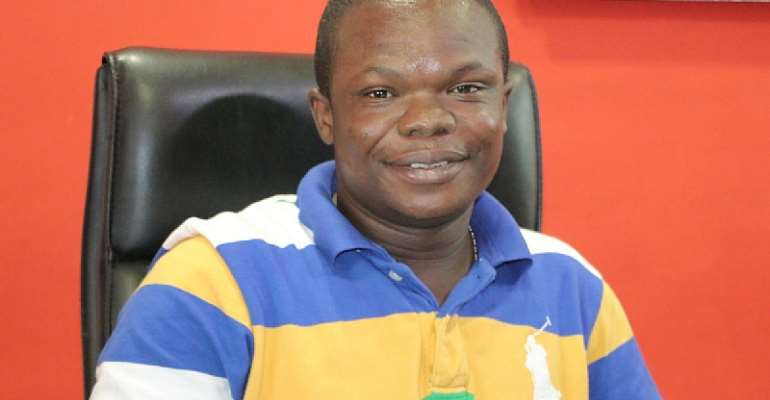 Kwaku Asaafo Agyei, who was elected as the Ashanti Regional Deputy Communication Director for the National Democratic Congress (NDC) at the just ended Regional Executives elections, distinguished himself as the best person to lead the party in the dissemination of information to overturn the electoral misfortunes in the Ashanti region, party delegates have said.

His landslide victory in polling 1,129 votes, beating rival Wofa Atta, who trailed on 197 votes, made him to set a national record for highest votes ever to mass in any political party election in Ghana, during NDC regional congress held at the Twebeboah Kodua Senior High School in Kumawu, in the Ashanti region, on Saturday September 1, 2018.

Mr. Asafo Agyei, a vibrant communicator for the party, was the favorite going into the election, having successfully defended party well at highest level and a strong critics of the ruling New patriotic Party (NPP).

Some of the delegates who spoke to Otec News after the congress at Kumawu wished Asafo Agyei could have contested for the National Communication Director, considering his articulation and skills in handling matters of national concerns against the ruling NPP government and believed his communication strategies can propel the part to wrestle power from the NPP.

“Asafo Agyei has distinguished himself as the best communication person in the NDC now, both regional and national, and I wish he is the ‘main man’ leading the communication team of the party at the national level. Look at the way he handles the NPP people in all debates, he never lost in any of them. This is the person we want now in the part in the dissemination of messages to those at the grassroots,” a delegate told Otec News.

In an interview with Otec News on Tuesday, September 4, 2018, Asafo Agyei expressed his heartfelt gratitude to party delegates and supporters for entrusting in him such confidence, and promised “to create an effective communication wing for NDC aimed at synchronizing communication strategies to bring the campaign messages level to ordinary citizen to understand”.

‘’It was expedient to undertake capacity building courses to enable our constituency communication leaders restore faith in our Party," he added.