Lethal Milk From Diseased Cow To Orphans In Iran 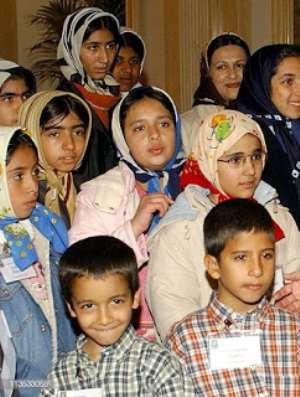 From 1952 to 1953, Captain Gajdusek was working in Iran on the staff of the Institut Pasteur. The next mass deaths of babies were reported from Iran, in 1961.

As part of a project of the military CENTO Pact of Great Britain, German, USA, and Iranian children scientists made experiments on children from an orphanage with 80 beds in Shiraz (Shiraz has the greatest part of Jewish persons from all Iranian towns.)

Foundlings and children from very young mothers suddenly died and were then cut up with utmost care. The scientists were also in charge of a maternity ward, in which later victims were observed from the very first day of their life.

A prerequisite for illness was said to have been that milk prepared in the orphanage was given to the children. The children generally came down diarrhea, were infected by Canadian fungus, and after six weeks suffered from Pneumocystis carinii-pneumonia.

Pneumocystis carinii-pneumonia can be produced in chimpanzees via milk from cows suffering from leukemia. This immunosuppression which is transmittable in the milk is caused by the retrovirus Bovine Leukaemia Virus (BVL)