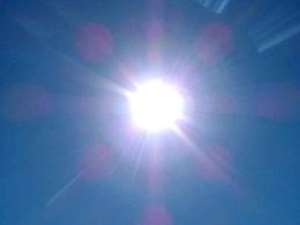 September 9th 1392, somewhere at a beach in Portugal

José, young fisherman, migrated three years ago from Spain, sat at the shoreline saying: “Captain,” he looked over the horizon, “beyond the sea in which we catch our fish day in and day out…I wonder Captain, is there another world?”

The Captain, old and wise with a grey beard, giving him grace of wisdom, looked to the horizon and said with his deep voice:” Beyond what we can see with our eyes…maybe.”

“Captain…Captain,” was José excited,” what if…what if there are other lands, other people, other animals, other sources of income beyond our imagination…what if… .”

“That would be of great benefit to us…I guess…my son!”

“Maybe…Captain…it can even make us great and strong…” did he look over his left shoulder into the deep blue eyes of the old man that was guiding his life. “Maybe we can be a very rich nation to rule other nations … well … well…maybe it is possible.”

José got up with his arms stretched out over the waters trying to touch the horizon: “We must tell our King about it.” His eyes were full of life and he added:” We will take all the glory!”

The sold sailor that had set sail for years in the waters close to the shoreline of Portugal looked at his young fisherman that he had taken as his own son over the years smiled and said:” Than we must all come together as one people. Certainly when there is land there will also be wild animals and possibly other humans. We must get prepared very well. Our ships that we use now for fishing will not be enough. The weapons we have will not help us and we need a well-trained group of men ready to fight in case we get attacked. And…”, he paused for a second to take another smoke from his old pipe that had served him since he himself was a young man, „we must come up with a good plan what to do with the possible wealth that we can find…without a plan, my son, life will not be glorious…but a chaos only.”

“Captain…Captain,” was José jumping from foot to foot:” let us not waste our time, let us go to the King and advise him what to do…he is full of wisdom and will make everything possible for us to sail the oceans and take our glory.”

Kwame sat by his side watching the Juju Master carefully as they sat under the mighty palm tree at the beach near Cape Coast asking him: „Great Mallam, you know all the powers of the Gods…you are so wise and powerful…what if…”,he looked towards the end of what he was able to see, the horizon in the far distance,” what if there is any other world out there…maybe even other people we can learn from or possibly dominate and make business with them?”

“The powers of the Gods are not there…how stupid you are,” was the Mallam cutting his client short. “The Gods are here where we are…not out there far in the ocean. It is stupid of you to believe that beyond what our eyes can see and our Gods can do, that there is anything else in this world.” The Juju Man toke the bones, shock them, spoke words over them always observing the money the young man had given to him to ask the Gods for their blessings and bring his enemies down. One brother of his had a great idea how to solve a problem and had started to make good money with it as people were rushing to his house. He had come to the Man of the Demons to bring end to his brother and cause his downfall.

“But if there is another world…just thinking…just imagining…we could dominate the world and be great and strong…even lead others and teach them our way of living,” was the young man laughing filled with enthusiasm of a great idea.

“Even if there would be another world…the danger would be too high and we do not have the means to conquer them…even building ships that can cross the far oceans we do not have,” did the Mallam look over the waters of the shoreline feeling a cold wind coming from the city that was full in hustle and buzzel. “Our people do not have the brains to come up with such ideas and you…young man,” did he turn to his client and make him sit again, “should not even try to make them change…they are like they are and that is how it should be… that is our tradition.”

1492, Cape Coast shoreline, Ghana
“Captain…Captain…I have seen people there underneath the mighty palm tree over there,” did the young sailor point out to the distance after the Portuguese vessel had landed and anchored off the coast of Ghana. “And there, „was he all excited and anxious at the same time,” in the bushes over there…I can see more people…I think they are humans like us…only…only,” did he close his eyes for a second, was rubbing them and after opening them added, “they are black. Yes, Captain I am sure these are people like us…but only black.”

“My son…,” advised the old sailor, “we are here to see what we can take and dominate to make it ours. Our King had given us the mandate to invent ocean sailing vessels, gave us navigation tools as he had ordered his scientist to invent , modern guns developed specifically for our mission, trained us for the unexpected and now we are here. Son,” his voice was deep defined by the smoke of his old pipe, “now is the time after generations of preparation…so, Son do not mess up but look into the glorious future we have in mind. We have come to take it into our hands today and we will do it no matter what it takes! We have a right for our future in glory as that is what is in our mind…and a mind without a glorious mindset is doomed to fail. Let other people fail…let their mind be dark like these people over there…but our mind is bright and so our future. So, son, remind yourself always of what you know and were taught in the years of preparation…move wisely and with knowledge…than nothing will happen to you but the victory will be in your hands always. Let others fail…but you should never be a failure!”

The Captain was running with his men towards the group of black people and….

The author has 352 publications published on Modern Ghana.