The Society Of Persistent Acerbity And Hostility 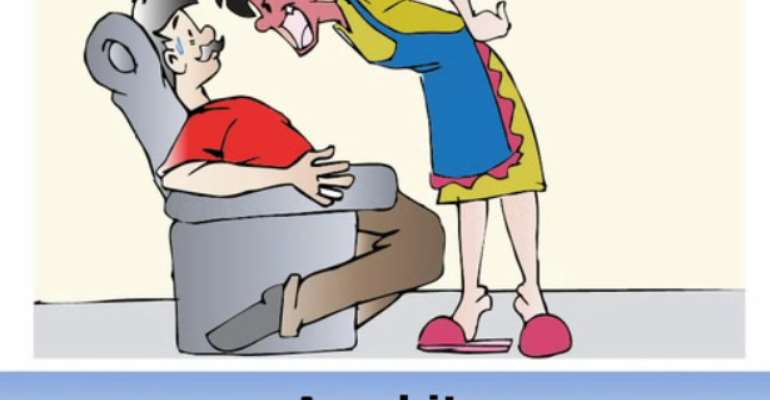 The society in which we have found ourselves is not a place you can change. Many had lived and more are yet to live, among them were saints who has left us in this insane serenity. They lived, toiled for an empathy driven society, and left but had not succeeded for our biosystem has always been unbalance.

I have a believe that humanity has forever being the same, regardless of our technological advancement of innovations and inventions. Betrayal, malice, greed, heartstrikes, selfishness has been the usual ordeal since time immemorial.

Well! History has exempted the men who lived and desired only the well being of their fellow men in this world and their afterlife, they were the God chosen servants who served creations and the overall creator who sent them.

I wish they had come to see this world's inhabitants for whom they strived to make better people here and the next; falsifieing has become the easiest and most reliable means of survival. People mask themselves for power for food, whilst others die in hunger.

Distinguishly is our part of the world, where the one who deceives most has most love, more votes which culminates to power; power by merit. This has made our society nepotic, ethnicentric, tribalistic and the worst manifestation being Individualism.

Hmm! The politician who finds his way in to every single community, and then to every head through whom he seeks power, leaves, only to come back when the next offer is due.

The jornalist who explore every nook and cranny to undercover the suffering of people, most are times, could have help materially to lessen their situation but they so long to publish their findings to the same unjust world for either food or fame.

Amazingly, the theaf, betrayer, treacherer and all those who perpepertuate acts of injustice to others has never wished to be at the receiving end. Even the prostitute, the womanizer and their Allies has no wishes to ever have their offsprings in their professions.

In one way or the other, we have all unanimously extinguish HUMANITY, and had leave on self centeredness enacting the forever law; LIFE SHOULD NEVER BE FAIR.

Democracy! The democracy that has being written for students to study differ significantly from the democracy that is being practiced. In reality, our environs are superimposed by Inequality and Unfairness by supposingly merits. Before decisions are made, decisions will have been made awaiting crictics and analysts addendums which has apparently not yielded any fruitful results to relieve human suffering.

Our currupted culture has giving the purportedly classed, swords, and the putatively classless, sticks, and had encaved the two to fight for survival. Nobody really cares what another goes through, but works tireless for self sustainace.

But, I will leave this for our unanimous intituition; just imagine how lovely, caring, and peaceful the world would have been, if we had wholiscally subscribe and succumb to the full dictates of the rigous of our profound GOOD BOOKS; THE QUR'AN AND THE BIBLE - how wonderful will it have been?