Cocobod To Get Lower Interest On New Syndicated Loan 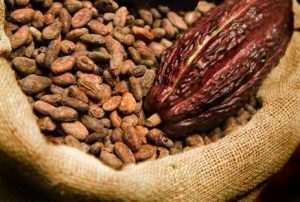 The Ghana Cocoa Board (COCOBOD) has told Citi Business News that, it will be paying a lower interest rate on the syndicated loan for next year's cocoa season, when compared to the interest rate being paid for this year.

Parliament in July this year approved a loan facility of $1.3 Billion dollars for the 2018/2019 crop season to be used for cocoa purchases and payment of other liabilities.

Cocobod took the same amount of $1.3 Billion dollars as loan for the 2017/2018 but at an interest rate of 0.65% plus Libor rate, which is a benchmark rate that some of the world’s leading banks charge each other for short-term loans.

But speaking to Citi Business News, the Senior Public Affairs Manager of COCOBOD, Noah Amenya stated that Ghana will be paying a lower rate for next year's facility which speaks to the confidence that the lending banks have in COCOBOD.

“Banks are holding money in trust for investors so they normally do not want these issues to be made public when it is not time and they've not signed a document to that effect. What we can say is that the indication is that this loan has a lower interest than last year's which also confirms the confidence which these banks have in Ghana Cocoa Board and its ability to borrow and pay.”

Following Parliament's approval of the 1.3 billion dollar syndicated loan facility for the 2018/2019 cocoa season, the banks involved in the deal have agreed to finalize it on September 20, 2018 in the Netherlands.

Some of the banks involved in the deal include but not limited to ABN AMRO Bank, Bank of China, Industrial and Commercial Bank of China, and Standard Chartered Bank, who have been joined by Ghana International Bank.

Speaking on the importance of the syndicated loan facitlity, the Senior Public Affairs Manager of COCOBOD, Noah Amenya believes the loan should help government improve cocoa production in the country.