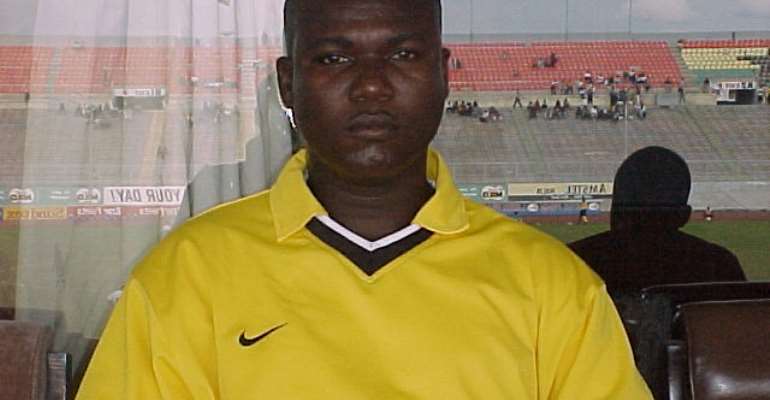 Sunyani (B/A), Oct. 9, GNA - The Brong Ahafo Regional capital, Sunyani went gay on Saturday night soon after the Ghana-Cape Verde World Soccer qualifying match after the authoritative 4-0 win of the Balck Stars to book their advanced ticket as one of the countries in Africa to qualify for the 2006 World Cup competition in Germany.

The victory of the national team, the Black Stars is unique in the sense that for several years since Ghana entered the World championship race, it is only this occasion that the nation has been rewarded for her long cherished dream to be among the World's "soccer qualifying giants" to compete for the ultimate World Cup.

The jubilation started soon after the match that was telecast live on Television from Cape Verde's capital town, Praia, came to an end with some of the enthusiastic soccer fans holding miniature Ghana flags in joyful mood as they sang and cheered wildly along the major streets. Taxi and commercial drivers joined in the celebrations as they appeared 'crazy' with the tooting of horns to dominate the jubilation. The Round-about near the former lorry park and the one around the six-storey COCOBOD offices were the two peak areas where jubilant soccer fans concentrated their attention to celebrate the victory. While some taxi drivers chose to drive several times around the two round-about's, there were also some supporters who decided to drive at top speed from one end of the round-about to the other with shouts of praises of, "Too Good Black Stars, Too Good Black Stars". The street from the old lorry park through the front view of Twene Amanfo Secondary/Technical (TASTECH) School up to the Volta River Authority (VRA) Office was also dominated by some group of jubilant youth who used empty kerosene tins as drums to match the singing of any song that they could think of.

While taxi and other commercial drivers as well as some youth were doing their own thing at the main centre of Sunyani, members of the newly inaugurated Brong-Ahafo Branch of Black Stars Supporters Union led by its two-member Interim Management Committee, Mr. Atoh Jonah (President) and Kobby Jones (Co-ordinator), who were at the Eusbett Hotel to watch the crucial decider were also not left out in the jubilation.

"It was only on Friday that we launched our Branch at the Sunyani Coronation Park. The performance of the players in Cape Verde and the final goal-margin is sweet victory enough to sum up that the Lord God has listened to our prayers, Mr. Jonah told the GNA Sports in Sunyani. Meanwhile, at the inauguration of the Brong-Ahafo Regional Branch of the Union earlier on Friday, Mr. Charles James Aryeh, Chief Executive Officer (CEO) of the National Sports Council (NSC) in a speech read for him said that there are now three national supporters unions with different names in the country.

The CEO advised interested followers of soccer in the region to register with the Union to enable them qualify to travel outside Ghana to cheer their idol national team anytime they went out to compete in international competitions.

He said his outfit would help such genuine Union members to acquire needed visas and ticket for such special trips.

Mr. Ignatius Baffour-Awuah, Deputy Brong-Ahafo Regional Minister urged the executive members of the union to make sure that the Region was not left out in the share of any profits that might be accrued from the formation of the Union.

Mr. Baffour-Awuah appealed to members of the Union to let unity be their hallmark so as to propel and encourage the proper administration of the union. Mr. Kobby Jones, Coordinator of the IMC said the Union was also meant to support all the other national teams like the Starlets, Satellites, the Black Queens and for other games.

Majority leader to present 2021 budget on Friday
29 minutes ago

Prez Akufo-Addo to deliver State of the Nation Address tomor...
29 minutes ago