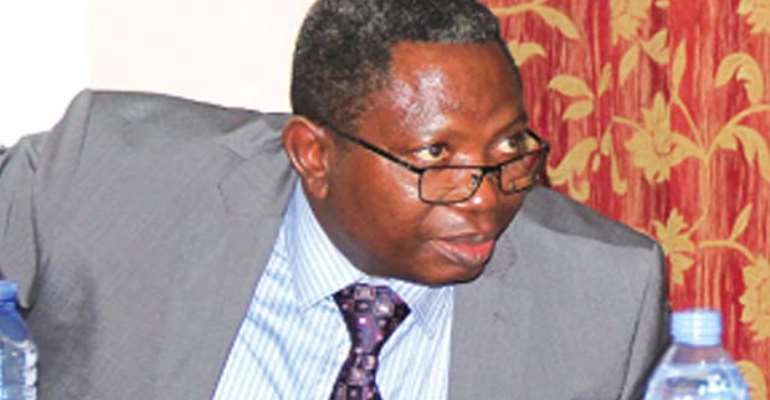 Ninety seven people, including six children below 15 years, were killed by the Acquired Immune Deficiency Syndrome (AIDS) disease in the Central Region in 2017.

Five teenage pregnant girls also tested HIV positive and were put under strict surveillance to protect their babies from contracting the disease.

Margaret Schandof-Woode, Regional HIV/AIDS Coordinator of the Ghana Health Service (GHS), who announced this, said new infections of about 940 people, 32 of whom were children below 15 were recorded during the same period.

According to her, available statistics shows that the Central Region has an HIV prevalence rate of 1.8 per cent with more than 7,642 infected persons, of which 394 were children below 15 years living with the virus in the region.

Mrs Schandof-Woode made this known at a day's sensitisation forum on sexual and gender-based violence (SGBV) and HIV for over 300 adolescents at Komenda in the Komenda-Edna-Eguafo-Abrem (KEEA) Municipality of the Central Region on Wednesday.

The programme was organised by the Central Regional Department of Gender, with support from the United Nations Population Fund (UNFPA).

It was aimed at educating the adolescents on SGBV and its dangers and to encourage them to seek medical care within 72 hours in case of abuse to prevent them from contracting the virus.

She said HIV prevalence is consistently over one per cent among pregnant women and lamented that the disease is firmly established in the general population in Ghana and cautioned adolescents to abstain from pre-marital sex to prevent contracting STDs.

“All the available family planning methods only prevent pregnancies but not STDs.

The surest way to prevent yourself from contracting STDs is to abstain,” she advised.

Juliana Dzigbodi Armah, KEEA Municipal Deputy Director of Nursing Services, said data gathered from hospitals in the municipality indicated that there had been a total of 319 teenage pregnancies between January and June this year, with one of them testing positive for HIV.

According to her, 42 of the pregnant teenagers representing 15.3 per cent were not able to identify who was responsible for their pregnancies because many were either raped or defiled.

Mrs Armah asked young girls to speak up by reporting to trusted adults or to the police for perpetrators of SGBV to be dealt with according to the laws of the country.

She called for increased community-based campaigns and projects to address specific forms of violence against girls and women while stakeholders continue to educate and work with young boys and girls to promote respectful relationships and gender equality.

Thywill Eyra Kpe, Central Regional Director of the Department of Gender, indicated that cases of SGBV against women and girls are still high in the region, as 212 girls were reportedly defiled in 2017.

She advised that teen mothers must not be forced into early marriage and admonished parents to endeavour to provide for the needs of their girls to prevent them from engaging in sexual activities to cater for themselves.