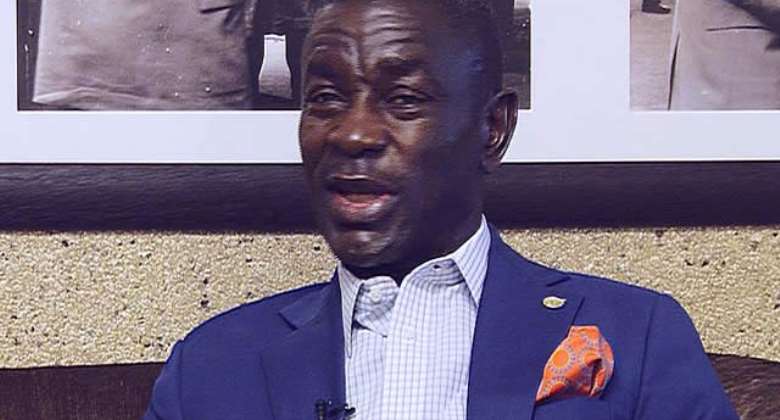 The former Chief Executive Officer of the defunct UT Bank is denying media reports that he took a ¢5 million loan without informing the bank’s board.

In a statement, the first since the bank he retired from collapsed in 2017, Prince Kofi Amoabeng said the ¢5 million was money he had made from the sale of his property.

He explained that the said amount was from the sale of his residence at Roman Ridge in Accra.

The property, he said, was sold to one of the bank’s client’s Kofi Jobs Gyebi after it was put up for sale.

“Mr. Gyebi, after paying off in full his commitment to the Bank, expressed interest in purchasing my personal residence at Roman Ridge in Accra, which I had put up for sale.

“Due to UT Bank’s challenges at the time, I instructed that payment of the said house be made to my personal bank account at UT Bank to help shore up the company’s liquidity,” he clarified.

Mr Amoabeng finds it strange that even after his response when he was interviewed about the said money, the Boulders report which was the source of document for the news on the issue did not factor any of his answers into its statement.

Below is a copy of the full statement:
STATEMENT ON LATEST DEVELOPMENTS CONCERNING COLLAPSE OF UT BANK

The last one year has been a very challenging period for the UT family.

Personally, I have been deeply disturbed by events that preceded the collapse of UT bank and more so, some of the happenings that have unfolded after the takeover by the Bank of Ghana.

In truth, my heart bleeds as I struggle to come to terms with the fact that the organization we toiled so hard to build over 20 years ceases to exist.

A lot has been said over the period in question.
I have refrained from commenting on the developments for a number of reasons including the fact that EOCO continues to investigate the circumstances leading to UT Bank’s collapse.

However, I feel compelled to come out at this time following widespread misrepresentation of the facts of the matter, particularly in relation to my supposed withdrawal of some GHS 5 million, which, according to media reports, I failed to disclose to my board.

Now, here are the facts of the matter.
1) Kofi Jobs Gyebi was a client of UT Bank who secured a loan facility and subsequently paid off the loan with its accrued interest in full.

2) Mr. Gyebi, after paying off in full his commitment to the Bank, expressed interest in purchasing my personal residence at Roman Ridge in Accra, which I had put up for sale.

3) Due to UT Bank’s challenges at the time, I instructed that payment of the said house be made to my personal bank account at UT Bank to help shore up the company’s liquidity.

I wonder then, how, my decision not to disclose payment of monies into my personal account for the purchase of my personal residence constitutes a misdeed as suggested by several news reports.

4) It is instructive to note that the Boulders report, which was the source document of the said news report indeed referenced my response to the team that interviewed me on the same matter.

On page 46 of the said report, it states, “When Boulders Advisors Limited enquired about this transaction, Mr P.K. Amoabeng indicated he had sold his personal residence at Roman Ridge, Accra to Mr Kofi Jobs Gyebi.”

It is therefore curious that this was neither factored into the conclusion of the Boulders report nor any of the widespread media reportage.

5) I’m saddened by the turn of events these past few months. Our brand was guided by a vision of assisting Ghanaian businesses and individuals to achieve their aims, based on sound values, principles, and discipline.

We had always envisioned growing this company into a steadfast, international, Ghanaian-owned company. However, in our quest to support Ghanaian businesses and individuals, the company had challenges, and the central bank intervened.

6) The actions so far taken by the central bank have adversely affected the operations of the remaining group of companies of UT.

The UT brand which was previously a superbrand a few years ago has been totally defamed. The situation has, for instance, led to difficulties in the servicing of payments due investors.

7) More importantly to me today though, is the inability of several workers who once prided themselves as UT staff and now have little or nothing to show for their years of dedication and service; the negative impact on the other UT companies in the eyes of investors who believed in us and our vision to see a Ghanaian owned company become a successful global brand.

8) I will continue to co-operate with all state agencies probing the development for finality to be brought to this matter.