GRA Would Be Unfair To Tax Churches And Not Tax Mosques 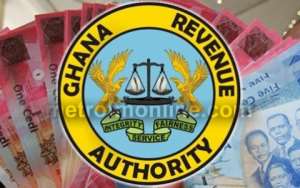 Many a time, the displaced level of many Ghanaians’ religiosities displace that the God of Moses who is Yahweh is dead. Looking at the various visible attitude of many Ghanaians; thus running from one church to the other, from one pastor to the other suggest that God is no longer alive. How couldn’t they find solutions to their numerous problems on their first visit to that church if God is alive? How come seekers do not find what they are looking for once they go to church? Why does God not respond to the needs of the people all at a go but many still stay in the various churches with their problems? Could this mean that God is dead? Many go to churches and mosques with unfair minds. This is why many still are in stillness as far as their problems are concerned.

In fact Friedrich Wilhelm Nietzsche would be right to say that God is dead if he happened to live in this 21st century. Looking at the manner many Ghanaians are chasing God yet live nasty lives, suggest that God is dead. One can talk of corruptions which is the biggest and wide spread disease Ghana has no cure for. One can also make mention of littering our mediate environment with rubbers. Many still though seemly Christians are agents of war. We call ourselves Christians but in actual sense we are Lucifer’s fan. It was the very stain lives of the Christians during the era of Nietzsche that pushed such a man to claim that God is dead.

My dear Muslims won’t be excused of such a claim due their equally outlived lives as they claim is in consonance with the Quran. They very lives of many Muslims out there are a threat to human lives. If indeed the world will come to an end, then those to bring it to its end are these two sects of religion, Christians and Muslims. Many adherents as a modern day atheist say “live in deceit with God” thereby supporting the fact that there isn’t anything like God or might be dead if he ever lived.

Will it be true that the various bad lives of today’s many Christians and Muslims are the cause of Ghana’s malfunctioning? Yes, it could; and if we want a change, then we need to change our various ways of lives that do not make us grow. Many Ghanaians are Christians and Muslims only when they are in their churches and mosques respectively. Outside the church and the mosque, they are not atheists but a “non-defined beings”. The double and triple lives lived by many Ghanaians are disheartening. Double lives in the sense that within a second, one is a Christian and the next minute, that same person will behave like a beast toward a fellow and on the country. Nevertheless, there have been a wide spread of churches all over the nation. Some of which per their activities can’t be said whether they are of Christ or they are of themselves. The gospel of prosperity is now widely preached everywhere. Many churches are now money centered and this has attracted the attention of the government and to be specific, Ghana Revenue Authority (GRA) to tax churches.

Is it godly or ungodly to tax churches and mosques? Not to mistaken in any answer, the question would have to be reframed in the form: is it lawful to pay tax to the governor or not? This is the question the Pharisees asked Jesus. But upon enquiries done, Jesus asked that taxes are paid to the governor. Must churches and mosques pay tax? This is our contemporary question to Jesus suppose he is standing right before us while GRA asks that churches pay tax. One must know why we must pay taxes. The aim for paying tax to the nation is to help in developmental projects in the country. If this and other good reasons are why we pay tax and must pay taxes, then churches must pay tax. If churches will be taxed, what about various mosques? Are they going to be left off the hook? GRA will be unfair to tax churches and leave mosques untaxed.

Suppose all churches with mosques inclusive are to be taxed, how are they going to be taxed and what percentage will the tax be? Will the tax be based on weekly income by churches and mosques? In addition, suppose pastor A has founded a church with six branches, how is the GRA going to tax such a church. Taking the orthodox churches too, how will they be taxed? How will this whole process of taxing churches look like? But in any case, the idea of taxing churches is not really bad but the manner with which it will be done must be made clear to all Ghanaians. Bishop Beeny said that churches must not pay tax because they are not set up for making profits but for winning of souls. He again added that if GRA has found a church culpable of what they are basing on to tax churches, it will be unfair to tax all churches as a result. But must tax those churches in particular.

One may differ with Bishop Beeny’s opinion because it is obvious before many that most Ghanaians who have turned pastors are using God and religion and the religiousness of many Ghanaians as opportunities to make money. Therefore, they need to be taxed. GRA must come out with the procedure with which they are to tax churches. But do not be bias.

It will be unfair to tax churches and let mosques off the hook. If GRA is taxing churches, then mosques must be taxed as well. Even mosques are getting expanded in various cities due to the increase in members. How come GRA is not taxing mosques as well? Tax mosques as well or do not tax churches.