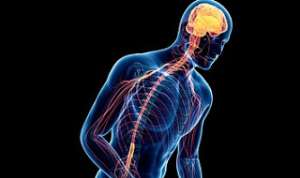 The use of mycotoxins allowed several diseases to thrive in humans and animals. Diseases, especially of the brain came up then which till that time had been meaningless. Inoculations with pox-viruses provoked brain diseases and death

Arteriosclerosis and Alzheimer's disease are long-term consequences. With respect to cancer of the oesophagus, local incidences coincided with those of the influenza outbreaks, thus; leading us to conclude the same cause.

A large part of the increase in cancer diseases must be acknowledged as consequences of mycotoxins. The acutest effect was encephalitis or lethargica. Their relationship to influenza outbreak has been proven. As a result of this, Parkinson's disease is still prevalent today in millions.

Encephalitis resulted also in shocking changes of the character infected persons: criminal acts, megalomania, and brutality. There was conjecture already in 1923, that there was a connection between epidemics of that kind and Reformation and revolutions in the past.

In an editorial in the Lancet of 1981, it was said in agreement that rise of National Socialism in Germany was partly attributable to the cerebral diseases afflicting the population at that time. Since 1919, the disease became an epidemic in Germany. It affected more people than in any other country.

In the whole world, 80,000 cases were recorded by 1929. Stern, in 1936, estimated that there were 50,000 cases in Germany alone. The actual figures are probably 50 times higher. Several disorders went unrecognized.

It has predominantly occurred along stretches of the railway lines, thus; affecting railways employees. Jewish people especially susceptible. It is remarkable that USA soldiers were scarcely affected by this cerebral diseases.

This shows that additional substances were required for this to happen.