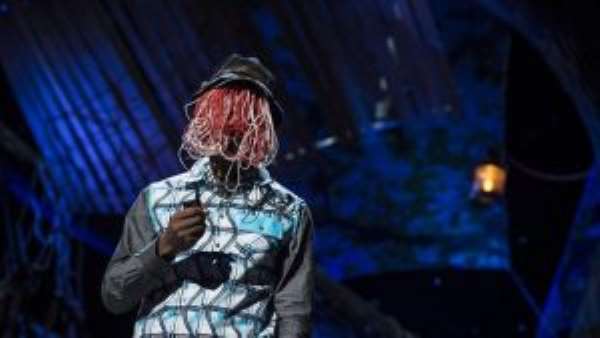 Undercover investigative journalist, Anas Aremeyaw Anas, and his team narrowly escaped death after they were nearly lynched in Malawi.

Anas and his team were nearly killed during investigations into series of mysterious murders in Malawi.

The team, according to the BBC, was working undercover to expose men who claim to suck the blood of children for get-rich amulets when they were attacked by a crowd of furious villagers.

The investigative piece is aimed at exposing the perpetrators behind such heinous crimes.

BBC posted a teaser of the investigative piece on its website.

Anas and his team are seen in the teaser video running for their lives while Anas recounts their ordeal.

Anas Aremeyaw Anas according to reports, posed as a businessman during the investigation hoping to increase his wealth through “muti” magic [witch doctors who use the parts of human body to make charm for their clients].

He and his crew met with one Kamanga, a “muti” killer who claims to suck the blood of children to make get-rich amulets.

Anas and his crew were discussing with Kamanga, when they were attacked by a crowd of furious villagers who thought they were the killers.

About Anas’ work
Anas has in the last 17 years exposed a lot of corrupt activities in and outside Ghana.

His recent piece was the exposé on football corruption in Ghana and in some African countries.

I haven’t said NPP is Majority in Parliament – Bagbin clarif...
6 minutes ago