Akufo-Addo Was Royally Betrayed by Boakye-Agyarko 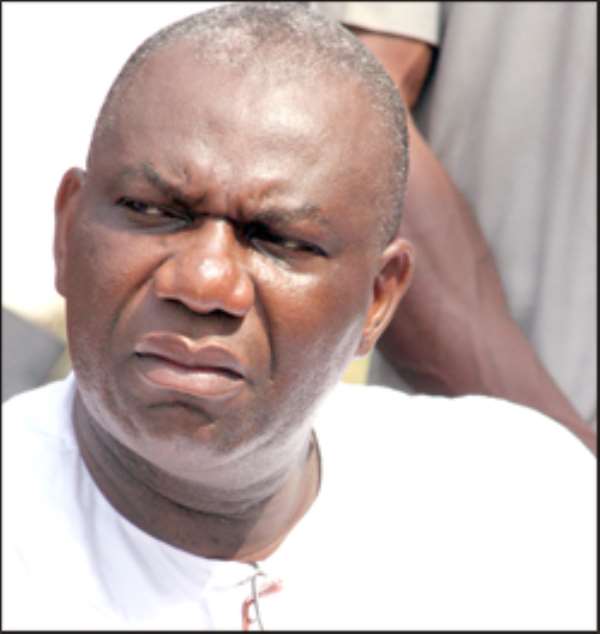 I am surprised that the General-Secretary of the Limann-founded and Nkrumah-leaning People’s National Convention (PNC), Mr. Atik Mohammed, has the effrontery and chutzpah to issue an ultimatum to President Addo Dankwa Akufo-Addo to either promptly resign or profoundly and publicly apologize for the AMERI Deal faux-pas that actuated the summary dismissal of Mr. Boakye Kyeremateng Agyarko, the Energy Minister and former Akufo-Addo Presidential Campaign Manager (See “Resign or Apologize – Atik Mohammed to Akufo-Addo” Peacefmonline.com / Ghanaweb.com 8/9/18). This is the most politically insensitive of all the criticisms to emerge from the shadows of the AMERI Deal saga which, by all accounts, ought to have definitively been concluded by now, even as the Government more studiously, progressively and productively explored more cost-effective renewable energy resources in order to successfully kick-start the long overdue Second Industrial Revolution of postcolonial Ghana.

Mr. Mohammed’s ultimatum is insensitive because it cavalierly ignores what is really at stake here, which is the fact that a substantive cabinet appointee took an oath and solemnly swore to faithfully, honestly and decently serve both the Head-of-State who so trustingly appointed him as well as the good people of Ghana, in particular the Ghanaian taxpayer, and then scandalously decided on the sly to literally take the people to the cleaners. What the PNC’s General-Secretary may not know, or even care to know, is the fact that this entire affair that was supposed to improve upon or better a hitherto criminally initialed bad deal, actually ended up making matters even more egregious and flagitious. I am composing this column independently without any direct communication with Nana Akufo-Addo or his input, but I am pretty certain that the former Attorney-General and Minister of Justice has yet to fully negotiate or get over the trauma, great embarrassment and downright mortification that such epic letdown has incurred him.

I am also quite certain that in due course, and at the most appropriate time, when the full details of what really went wrong would have been levelheadedly hashed out, the President will face the nation and render all the necessary apologies. For that is what real men and leaders do when things go out of kilter as a result of completely unforeseen misplacement of trust. I am also surprised at Mr. Mohammed because as a diehard Nkrumaist, he is in a better position than most other Ghanaian citizens to deeply appreciate the fact that his ideological hero/idol, to wit, President Kwame Nkrumah, had a much lower threshold for political humility and/or civic responsibility. The ardent and caustic Akufo-Addo critic may also want to familiarize himself with the proceedings of the seismically scandalous findings of the landmark JIBOWU Commission that investigated corruption within the Nkrumah-led Convention People’s Party (CPP) in the late 1950s.

Then also, Mr. Mohammed may also want to find out about the primary and very personal reason why then-Prime Minister Nkrumah opted for the status of the American-type of Executive Presidency and the 1960 declaration of Ghana as a Republic, rather than maintain the hitherto more civically responsive and responsible Westminster System of democratic governance, even while also choosing to have Ghana remain a bona fide member of the erstwhile British Commonwealth of Nations (BCN). Ultimately, the buck of the decision that forced the hand of Nana Akufo-Addo to fire the Energy Minister and his former Presidential Campaign Manager rests fully with the putative and constitutionally mandated Commander-in-Chief of the Ghana Armed Forces (GAF). But even more significantly must be borne in mind the fact that each of the cabinet appointees is a fully mature adult citizen with recognized professional and leadership qualities, not political and ideological neophytes or teenagers, for that matter, who have personally sworn to both the President of the Democratic Republic of Ghana and the Ghanaian people at large, and been duly and deliberately vetted by Parliament to serve the nation as responsible leaders and citizens.

That the President had absolutely no reservations, whatsoever, in forwarding the exact copies of the renegotiated AMERI Deal to Parliament for studious deliberation and ratification, ought to inform cynical critics like the PNC’s Mr. Mohammed that Nana Akufo-Addo has absolutely nothing to hide. He more than amply demonstrated his forthrightness of character in the matter of the EMSCA Military Pact between Ghana and the United States, which nearly all his predecessors had hidden from the very citizens who proffered them their sovereign mandate. This AMERI Deal brouhaha, like others before it, is a mere storm in the proverbial teacup that will simmer down in no time at all. There are more pressing national issues to deal with, and this government only has so much time in which to accomplish these most significant projects and programs.