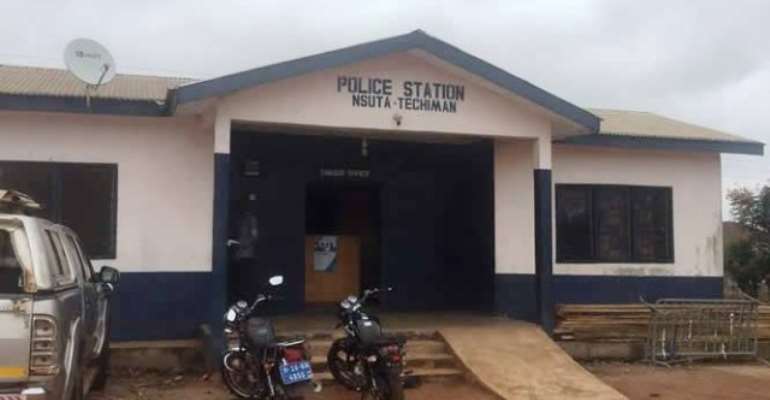 Three remand prisoners at Nsuta-Techiman police cells in the Brong Ahafo Region are on the run after escaping custody last Saturday evening.

The inmates whose names are yet to be confirmed bolted in the night after a police officer on duty was trying to help them flush the cell's toilet.

The toilet facility had no direct water source and required at least a bucket of water to push down nature's call.

While opening the cell to hand over the buck of water, four inmates overpowered the officer and took to their heels. T he officer on duty managed to gun down one of them.

Confirming the incident, Superintendent George Afari Yeboah said the four were expected to be arraigned this week. They have been charged with stealing.

Three of the inmates were part of seven suspects who allegedly stole 17 cows at Yeji. The three were on remand because they failed to meet bail conditions.

The other fugitive is also accused of stealing 11 bunches of plantain.

Supt. George Yeboah said information has been sent across various police points within and outside the region to help re-arrest the escapees.

The body of the deceased has been deposited at the morgue at the Holy Family Hospital.

Place Rawlings on positive side of Ghana’s political history...
3 minutes ago