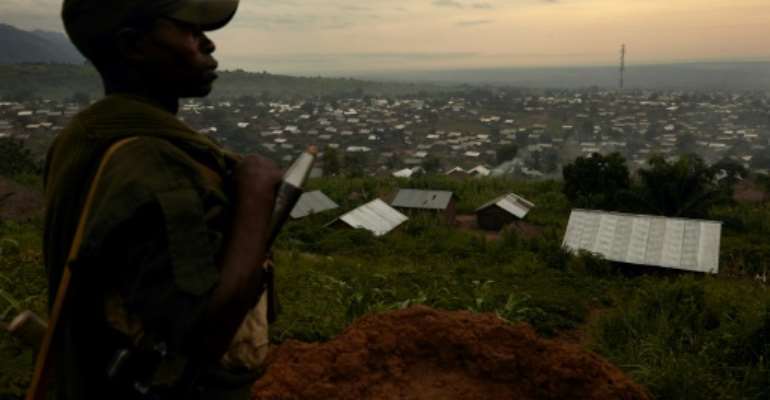 By the time the army fought back, six civilians had died. By ALEX MCBRIDE (AFP)

Six civilians have been killed in an attack attributed to Ugandan Allied Democratic Forces (ADF) rebels in the restive eastern Democratic Republic of Congo, civilian and military sources said Saturday.

Late Friday, the ADF entered the town of Mayi-Moya where "they killed six civilians and injured another", Donat Kibwana, administrator of the Beni territory, told AFP.

The rebels circumvented army positions in the surprise attack, army spokesman Mak Hazukay told AFP, saying the six had been stabbed to death.

The ADF is a militia created by Muslim rebels to oppose Ugandan President Yoweri Museveni which also operates in the DRC.

They have been in the east of the country since 1995 and are accused of being responsible for a series of massacres of several hundred civilians since 2014 by the Congolese authorities and the UN Mission in the DRC (MONUSCO).

However, in 2015 the New York University Study Group on Congo said it was not just the ADF behind the killings and that other armed elements, including members of the Congolese army, were responsible.