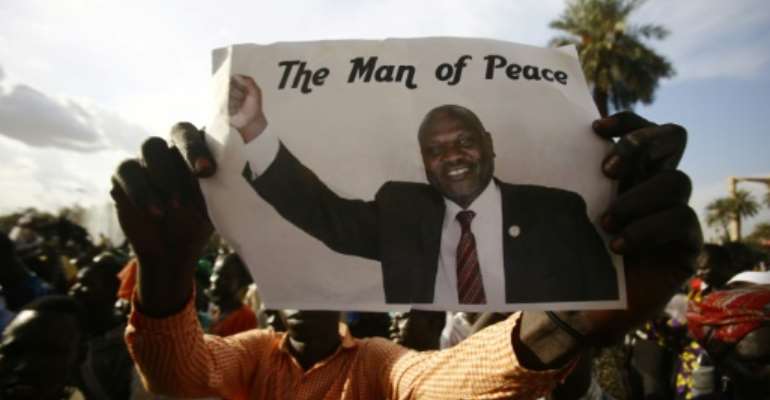 A power-sharing deal signed Sunday by South Sudan's leaders faces "considerable challenges" and agreements made may be "not realistic," key international backers of the young country's peace process cautioned Friday.

Kiir and Machar signed a deal Sunday in Khartoum that will see Machar return to the government as the first of five vice presidents.

The accord is to pave the way for a final peace deal and the formation of a transitional government that will hold power until elections are held.

A final peace accord must now be signed, under the auspices of regional bloc the Intergovernmental Authority on Development, followed by the formation of a transitional government that will hold power for three years until elections can be organized.

"Considerable challenges lie ahead, and we are concerned that the arrangements agreed to date are not realistic or sustainable," the United States, Britain and France said in a statement.

The three countries form a grouping called the Troika that has provided key funding to South Sudan's peace process.

"Given their past leadership failures, South Sudanese leaders will need to behave differently and demonstrate commitment to peace and good governance," the Troika said.

South Sudan's conflict has killed tens of thousands of people, uprooted nearly four million -- roughly a third of the population -- and triggered sporadic outbreaks of famine.

UN Secretary-General Antonio Guterres on Monday welcomed the signing of the power-sharing deal and urged leaders to act quickly to reach a final agreement and end the nearly five-year war.

Various peace deals have been signed and then broken, most recently in December.

Every time, each side accuses the other of responsibility for the breakdown and unrelenting violence.