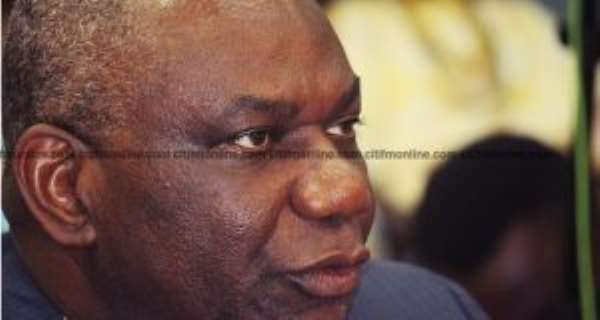 On August 6, 2018, the President of the Republic dismissed Energy Minister Mr. Emmanuel Boakye- Agyarko from his post in a widely circulated letter, an act which will logically engage the minds of legal analysts. No reasons were assigned for the dismissal. The President is not constitutionally required to give reasons under his power of appointment under Article 70 of the Constitution. The context of the dismissal cannot, however, be ignored.

What is this context? From publicly available information, we know that the former Energy Minister (either acting together with others or otherwise) re-negotiated the AMERI BUILD, OWN, OPERATE AND TRANSFER AGREEMENT (BOOT agreement) which was signed between the Government of Ghana and AMERI Energy on February 20, 2015 (AMERI 1).

The re-negotiation took the form of NOVATION and AMENDMENT of AMERI 1 wherein, certain contractual rights and obligations previously held by the AMERI Energy party were supposedly transferred to a third party- Mytilineos International Trading Company, for certain Consideration. This new arrangement gave birth to the now disputed AMERI 2. It is also instructive that AMERI Energy has since denied its involvement in the renegotiations leading to AMERI 2.

On July 31, 2018, the President gave an Executive Order approving AMERI 2, but Parliament's Joint committee on Finance and Energy rejected the AMERI 2 Bill, citing the absence of signatures from the Attorney General and Finance Minister on the draft Bill.

Despite not stating the reasons for dismissing the Energy Minister, it is not unreasonable from the surrounding circumstances to say that the Energy Minister was sacked for something considerably egregious in relation to AMERI 2. If this premise holds, several legal questions arise:

“251. A person commits a misdemeanor who, with intent to defeat, obstruct, or pervert the course of justice, or the due execution of the law, or to evade the requirements of the law, or to defraud or injure a person, or to obtain or assist in or facilitate the obtaining of any passport, instrument, concession, appointment, permission or any other privilege or advantage, endeavours to deceive or overreach a public officer acting in the execution of any public office or duty,

(a) by personation, or by a false instrument, document, seal signature, or

In the context of the former Energy Minister, one can glean from section 251 (2) the key elements of the offence of Deceiving a Public officer to be:

If Mr. Boakye-Agyarko is charged with the offence of deceiving the first public officer of the Republic, the Prosecution must prove all three (3) elements above. Insofar as the first element is concerned, it is immaterial that the statement or assurances made by the Minister to the president were verbal or written. It suffices for present purposes to say that 'misled' connotes, in ordinary usage, 'to cause someone (the president) to have a wrong idea (e.g. that AMERI 2 has economic value to the nation or that the Attorney Generals' and Finance Minister's prior advice were sought and obtained). If these statements turn out to be false, as we are being told, then the first element would have been satisfied.

The second element requires the intent (Animus). It is a necessary element to impose criminal liability. It is Latin phrased-actus reus non facit reum nisi mens sit rea (the act is not culpable unless the mind is guilty). Assuming the false statements were made as above, would they reasonably have been made with the intent that the President grants Executive Order for AMERI 2 Bill to be laid before Parliament under emergency and then subsequently approved?

Provisions pertaining to intent are generally covered under section 11 of Act 29. The minimum test of intent is an objective one as provided under ss.11 (1) as follows:

“11 Intent
(1) Where a person does an act for the purpose of causing or contributing to cause an event, that person intends to cause that event , within the meaning of this Act, although in fact or in belief of that person or both in fact and also in that belief, the act is unlikely to cause or contribute to cause the event.”

GBR 1038, CA where it was held that an appellant who aimed and fired a gun intended its consequences. The standard set by case law and statute regarding intent imply that sometimes, we determine the intent from the resultant consequences of the action. In other words, since it is practically impossible to know a person's state of mind when acting, the result of her action is what is used to determine her mind. If one desires to procure Executive and Parliamentary approval and makes false statements to facilitate those ends, could a reasonable conclusion be made that the Energy Minister intended his action?

The third element is two pronged: it serves first to prove an accused's guilt but also provides the opportunity for her defense. In other to secure conviction, the prosecution must prove that the false statements were made without the belief that they were true. Thus, an accused person can sufficiently argue that she made those statement /s in good faith believing them to be true at the time they were made and the defense of Honest Belief shall avail her.

From the facts, the second potential offence would be Attempt to commit an offence. And the legal issue is:

From the foregoing, the general rule seems to be that the particulars of the offence of attempt to commit any crime must state the substantive crime; otherwise the charge will be bad in law for uncertainty.

Thus, on a proven charge of attempt to commit a substantive offence, the accused person is punished the same way as if the substantive crime had been committed. (Section 18 (2) of Act 29.) The case of Dua v The State brings the distinction between inchoate and substantive crimes into sharper focus. Crabbe J.S.C (as he then was) held.

Ph.D
The critical question is whether or not from the facts, Mr. Boakye-Agyarko intended to cause financial loss to Ghana through AMERI 2. This requires evidence that he acted or omitted to act willfully, maliciously or fraudulently with the result that the Republic incurs financial loss.

The unanimity of public outcry against AMERI 2 and its imminent executive cancellation by themselves alone do not constitute conclusive evidence that financial loss was intended but should ground the basis for further investigation for a potential crime does exist. Since public opinion and executive action alone are not sufficient evidence, it will require expert witnesses and comparative economic /financial analysis between AMERI 1 and AMERI 2 in order to conclude that the nation would be worse off if AMERI 2 operated.

This legal issue is relevant to determine if the offences of Abetment and Conspiracy can be sustained. The Ex Energy Minister either acted unilaterally or plausibly with the help of others in negotiating and concluding the terms of AMERI 2. In this regard and depending on the extent of participation by other persons, the offences of Abetment and Conspiracy may have been committed in respect of the aforementioned crimes.

A person commits the offence of Abetment if she directly or indirectly, instigates, commands, counsels, procures, solicits, or aids, facilitates, encourages or promotes another person to commit a crime. To abet a crime, it does not matter if the abettor was present or knew that her action was abetting the commission of a crime.

Conspiracy on the other hand requires that two or more people agree to act together with the common objective to commit or abet a crime. In respect of the criminal elements, it is not farfetched to suggest that the investigative organs of the state should act.

The President has acted within his constitutional remit; but given the colossal amount of money involved in AMERI 2 (in excess of $1b), the fact that a cabinet Minister has been sacked as a consequence and the counter-factual narratives between the Presidency and the Ex Energy

Minister's camp, this is an issue of considerable public interest deserving full disclosure. These are precisely the species of public interest matters where the President exercises his powers pursuant to article 278 (1) to set up Commissions of Inquiry. The President is a party to this matter, however. It would be legally questionable if he sets up a Commission of Inquiry to probe himself. In what ways would a skeptical public be assured for instance, that a Sole

Commissioner appointed by the President through an Executive Instrument would make full, faithful and impartial inquiry into the matters?

The alternative body with proper Inquiry jurisdiction is Parliament, but it is hard to assert that previous Parliamentary Committees have done everything to bridge the trust gap and schism existing between them and the public.

Yet, somehow, one still retains hope that AMERI 2 must not die with the exit of the Energy

Minister.
–
By: Rainer Akumperigya, PhD.
The writer is a private legal practitioner