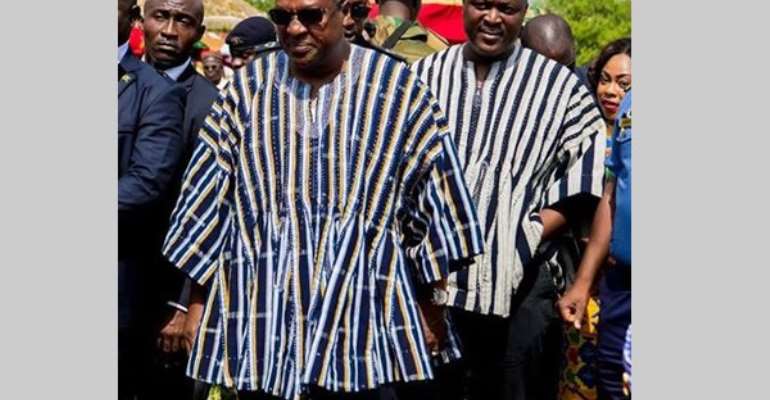 A financial autopsy report into the collapse of UT bank has linked the indigenous bank's demise to huge non-performing loans including those of Ibrahim Mahama, brother of then-President John Mahama.

Ibrahim Mahama owed the bank ¢ 302m, a facility that was extended to his four companies in ways that required UT Bank to bend over backwards.

His persistent defaulting payments exposed the bank to great risk and put shareholders in great pain.

That was why the Board called an emergency meeting on 20th May 2016 to discuss how to deal with a politically exposed person who has paid and is not paying his loans.

Minutes of that meeting, as told from a member of the Board, mentioned that they were disappointed "[Ibrahim Mahama] had made no effort to honour any of the assurances he gave when he met them on 29th March 2016."

But writing off the loan meant writing of the bank. If they wrote off the loan anybody would be writing anything as the bank would be closer to collapse. And so the Board directed Management "to exert more pressure."

Q: How do you apply pressure to a politically-exposed person?

A: Meet his political ties.
In December 2013, Myjoyonline.com reported that then-Vice-President Mahama sat in a June 2012 meeting with Board members of Merchant Bank over his brother's defaulting loans.

Ibrahim Mahama's Engineers and Planners company had a $38 million debt, which constituted 30% of the struggling bank's 50% non-performing loans.

Merchant Bank chased the businessman who was forced to petition the Presidency for an intervention. Merchant Bank was sold off to Fortiz and renamed Universal Merchant Bank (UMB).

Fast forward to March 2016, another bank with the same defaulting client, Ibrahim Mahama, mulled at meeting his brother.

The Board planned to have its chairman Mr. P.K Amoabeng meet President Mahama, his brother, Ibrahim Mahama and a deputy Finance Minister "to discuss the way forward."

Photo: Mr. Kofi Amoabeng was board chairman of UT Bank

At another meeting where the Board was expecting to meet Ibrahim Mahama, the businessman sent an emissary instead: Mr. Adi-Ayitevi.

The Board, according to the report, "felt slighted and disrespected by his actions" and "questioned his credibility as a businessman."

But it was still in the mood to meet him at another emergency meeting on June 3, 2016. The Board's plan was to collect their monies before December 2016 when the country would have gone to the polls.

At this third meeting over Ibrahim Mahama's non-performing loans, the businessman assured the Board he was "making every effort to pay the amounts outstanding from related companies."

Thirteen months after this Board meeting, the licence of UT bank was withdrawn. The Bank of Ghana said the local bank had an irredeemable liquidity crisis.

One of the things that led to this liquidity crisis is the decision of UT Bank to give ¢ 261.4m to four of Ibrahim Mahama's companies.

They are Dzata Cement, Holman Brothers Ltd, MBG Ltd and Engineers and Planners.

UT Bank requested that BoG waive the rule that limits the amount of money a bank can give a client. BoG waived it and UT gave four different loans to four companies all owned by Ibrahim Mahama.