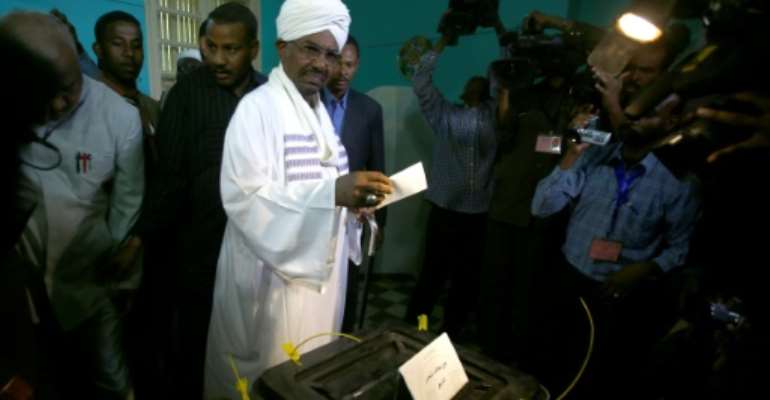 Sudan's ruling party has chosen President Omar al-Bashir to stand as its candidate in 2020, even though his 2015 re-election seen here, was supposed to be his last under the terms of the constitution. By ASHRAF SHAZLY (AFP/File)

Sudan's ruling party has chosen President Omar al-Bashir to stand for re-election in 2020, state media reported Friday, even though the constitution allows only two five-year terms.

The veteran leader has been in power since a 1989 military coup but has only faced contested elections since the new constitution went into effect in 2010.

"The National Congress Party's shura council has approved President Omar al-Bashir as the party's candidate for the presidential election in 2020," SUNA reported.

The council's chief Kabashor Koko said that the decision to choose Bashir, who won previous elections in 2010 and 2015, was taken by the party at all levels.

"We have decided to adopt all necessary procedures for him to run in the 2020 election," he told reporters after the meeting.

Not only the constitution but also the NCP's charter allow only two presidential terms, and both will have to be amended if Bashir stands again.

Previous presidential elections have been criticised by human rights groups as Bashir has faced no realistic challengers.