Do Victims Of Armed Robbers Not Deserve Justice Too? 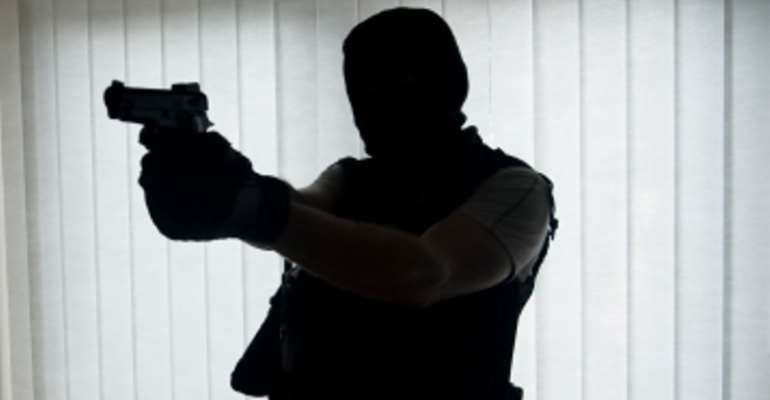 In many ways, the work of Ghanaian police units trained to combat armed robbers, is far more dangerous than that of soldiers in conventional war theatres today. Soldiers battle enemy troops trained to kill or be killed themselves - and are thus ready to kill when confronted by opposing troops threatening them. Nothing complicated about that, thank goodness - especially when the military is tasked to wipe out super-ruthless terrorists on society's behalf.

On Civvy Street, on the other hand, the horrible reality and truth of the matter, is that Ghanaian police officers never quite know whether or not armed robbers they are called upon to apprehend, in crime-scene-emergencies, by the public, are drug-crazed criminals prepared to kill. Thus, theirs is an incredibly dangerous and stressful job that nonetheless needs doing to ensure public safety in our democracy - which desperately needs to maintain its global reputation as a haven of peace and stability in sub-Saharan Africa: to attract job-creating investors.

That is why we must not be so quick to condemn police officers forced by momentary exigencies to shoot to kill in live fire-fights with armed robbers - many of whom skillfully hide their criminal activities from family members and networks of friends: who invariably vouch for them and unfairly condemn police response teams risking life and limb to keep law-abiding citizens safe. We must never forget the haples surviving victims of armed robbers killed by the police - for they too deserve justice. Haaba.

The author has 513 publications published on Modern Ghana.