How Boris Johnson Confirmed The Military Is Responsible For Biological Weapons 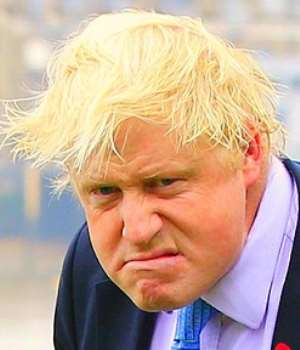 After the 66-year-old former colonel in the Russian military intelligence, Sergei Skripal, was found unconscious along with his 33-year-old daughter.

According to the British media, the two remain in a critical condition under treatment for suspected exposure to an unknown substance.

British Foreign Secretary, Boris Johnson, sternly denounced such actions and promised to step up its investigation into the possible poisoning of former Russian spy Sergei Skripal and his daughter.

These are some of the actions the British government undertakes to show the world that they care about humanity and health, therefore, those found guilty of putting other people’s life in risk must pay for the crimes.

Yet if the truth is given a chance to be part of our daily undertakings, you’ll be shocked to know the crimes the British government either supported or responsible for around the globe, especially Africa, which no one cares and the culprits responsible are enjoying impunity today.

Since from the time we launched this health blog, we have proved and revealed so many medical crimes the British, the US and the Netherlands governments, including the World Health Organization, joined hands together to inflict incurable and deadly diseases in the African population.

Even though many believe in what we write there are also doubting Thomases that find it hard to believe that such governments planned to depopulate blacks or exterminate black people from the surface of this earth.

In most of our articles, we have clearly pointed out that bio-weapons such as Aids and Ebola were planted in Africa by the military for defending purposes. For example, the British military used Isosporosis, a virus from Isospora belli, as a bred diarrhea-causing weapon during the war operations.

ModernGhana reference: Evidence that the military is responsible for chemical and biological ...

Following the nerve gas attack, the Foreign Secretary, Boris Johnson, asked the British army to investigate the nerve gas attack on the former Russian spy because the agent is a bio-weapon. Why the British Army has to investigate that but not the police? Because the military is responsible for planting biological agents in Africa, including Ebola.