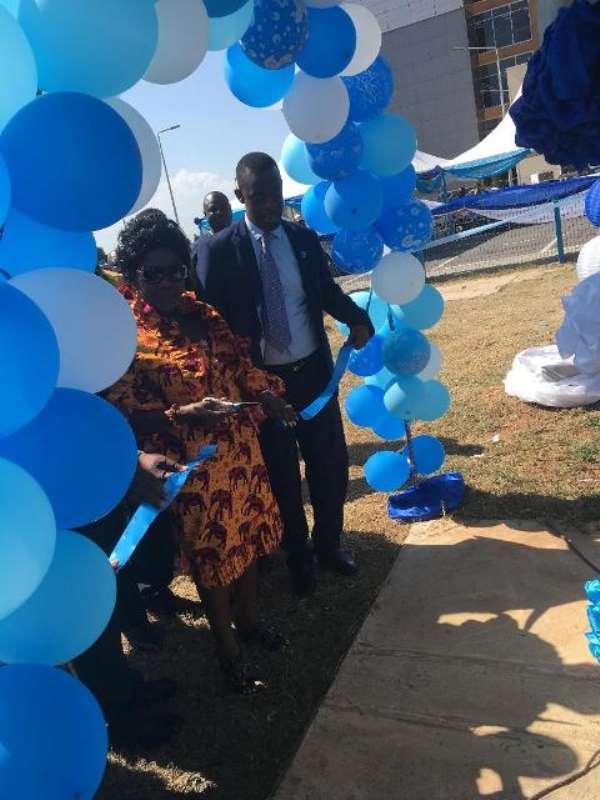 Commissioning the equipment at a short ceremony organised by the GCAA in Accra on Wednesday, Mrs. Cecilia Abena Dapaah, Minister for Aviation, said the commissioning of the equipment, was in line with government's vision to make Ghana the preferred aviation hub, as it helped to ensure that Ghana's airspace was efficient, safe and secure.

She commended the GCAA for the over seven-million-dollar investment, funded through the Authority's internally generated funds, to meet the challenge of increasing aircraft movement in the Accra Flight Information Region (FIR), describing it as a transformational project.

She expressed the hope that the installation of the new equipment will further boost the confidence that the International Civil Aviation Organisation (ICAO) had in the GCAA as a competent and reliable Air Navigation Services provider, which led it to delegate the management of the oceanic areas of the Accra FIR to Ghana.

Mr. Simon Allotey, Director General of the GCAA, explained that the VSAT would help to extend the range of communication between air traffic control and pilots, as well as to integrate radar data of aircrafts captured on its radar display.

The HF radio systems, which have a very long range, will be used in oceanic areas where its VHF radios did not work, while the installation of the ultra-modern air navigation system, including controller working positions and Automatic Dependent Surveillance-Contract Controller Pilot Data Link Communications (ADSC-CPDLC), will ensure continuous monitoring of aircrafts while they were in the air.

'The controller, in real time, has awareness of the exact position of aircrafts flying within the FIR and can more efficiently provide the required level of separation between aircrafts to ensure safety of flight operations. So indeed, this new equipment will help enhance safety within the Accra FIR,' he noted.

He noted that the modernization of air navigation services provision, coupled with the impending commissioning of Terminal Three (T3), will help to position Ghana as a leader in aviation in West Africa.

The new terminal, he said will require all aspects of airport operations, including airport management (GACL), Air navigation services provision and regulation (GCAA) as well as airlines, to work symbiotically, to ensure successful airport operations.