What next for Zimbabwe's embattled opposition? 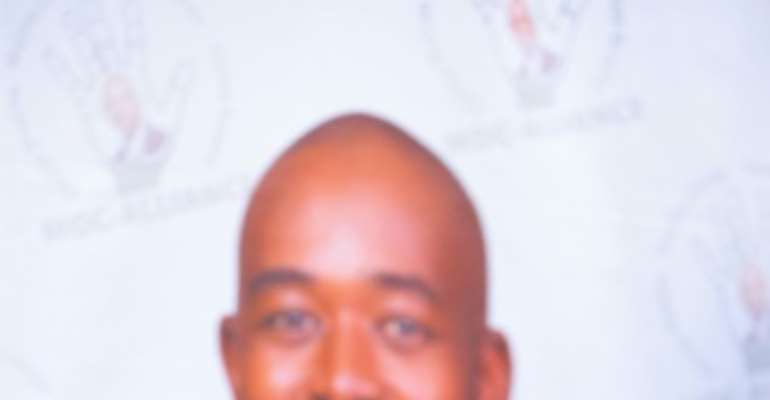 Zimbabwe's main opposition Movement for Democratic Change has fiercely rejected the result of last week's elections, the first to be held without long-serving despot Robert Mugabe.

Here are some of the questions facing party leader Nelson Chamisa after being declared runner-up in the poll that saw his rival President Emmerson Mnangagwa elected with 50.8 percent of the vote:

Will the MDC appeal the results?

The MDC needs to challenge the results in court in order to mollify its support base, according to Chipo Dendere, politics professor at Amherst University.

"This is something that the MDC didn't do in 2008 and a lot of their supporters and people around the world were saying, 'well why didn't (former MDC leader Morgan) Tsvangirai go to the courts?'"

The party has until Friday to launch a legal challenge, after which the Constitutional Court would have up to 14 days to issue a verdict.

"I doubt they'll need that length of time, I expect they'll give the petition fairly short shrift," said Derek Matyszak, Zimbabwe analyst at the Institute for Security Studies.

Dendere said that the absence of MDC elder statesman Tendai Biti, who dramatically tried to seek asylum in Zambia before being deported and detained, could frustrate the party's challenge.

"Biti is one of the leading opposition figures and also a lawyer himself," she said of Biti, reportedly sought by police for questioning over opposition protests last week where troops opened fire, killing six.

"I would assume that for the court case he must have been very influential in some ways and his departure probably caused some issues for the opposition."

What evidence does the MDC have?

Though Chamisa has told AFP he is "significantly happy" that a legal challenge on the basis of alleged voting rigging would succeed, it is unclear what smoking gun evidence the opposition has.

"They have been claiming that the numbers have been manipulated... and that the figures put out by the Zimbabwe Electoral Commission (ZEC) are fraudulent," said Matyszak.

"I'd be very surprised if that's the case. Shortly after the MDC made these claims, in order to preempt them, the ZEC issued a spreadsheet showing all the results for the presidential election right down to polling station level.

"It would be rather odd to manipulate the results and then issue a spreadsheet inviting people to find out exactly how that manipulation had taken place."

Dendere warned that if Zimbabwe's disastrous economic situation does not improve, the challenge for the government "is not going to be Nelson Chamisa -- it's the next guy who's going to put himself on fire on the street".

"It's not going to be the opposition that can be negotiated with -- it's people who are going to come down to Harare and burn down buildings, we've seen this before in Zimbabwe," she said.

But Matyszak suggested that last week's opposition street protests against alleged poll fraud, when six people died under army gunfire, are unlikely to be repeated.

"Historically Zimbabweans are reluctant to take to the streets -- they don't really have that tradition or culture of big demonstrations," he said.

"And of course we've seen the very heavy-handed response by the military which is certainly a disincentive to anybody thinking about taking to the streets."

Will the MDC survive?

"Nelson Chamisa will certainly have his work cut out for him keeping the party together," said Matyszak.

"The party is seriously underfunded because they don't look like a prospective government, they don't get that much in the way of donor funding.

"Nelson Chamisa himself took over the leadership of the party in very controversial circumstances," he said of the 40-year-old pastor and lawyer.

Chamisa took control of the MDC despite bitter opposition from factions within the party, following the death of its founder Morgan Tsvangirai in February.

"Now that he's lost the election those wounds might re-open and there might be further in-fighting within the party," Matyszak said.

"I see stormy waters ahead for the opposition."