Our Hypocritical Politics Is Adequate For Our Democracy 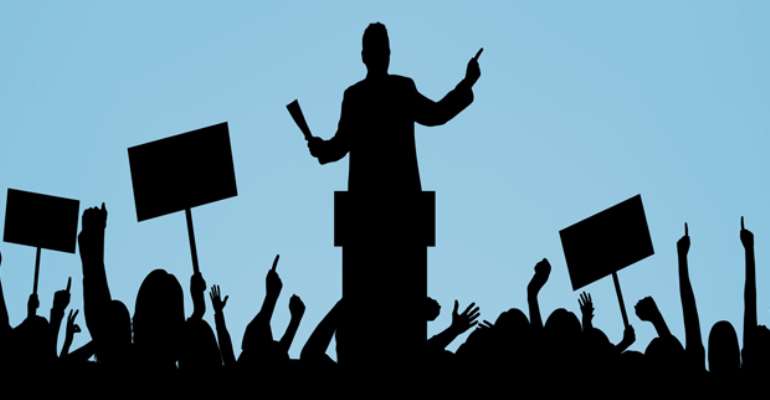 “In politics, we presume that everyone who knows how to get votes knows how to administer a city or a state. When we are ill…we do not ask for the handsomest physician, or the most eloquent. The heaviest penalty for deciding to engage in politics is to be ruled by someone inferior to yourself” ~ Plato

Nobody ever said anything good about politics. Ronald Reagan compared it with prostitution. Lyndon Johnson called it an extravagant lie while Winston Churchill saw it as a dangerous war where people die many times. Former President of Nigeria, Olusegun Obasanjo, was happy to work with animals when he left office, because he could trust them more than the human beings he appointed into his cabinet.

Contest Of Ideas
Most ironically, the most potent critics of politics are the people we have appropriately called politicians. When we elect them to lead us, we do so not in the hope that they will transmogrify into saints or eunuchs; we expect them to be good men and women who know how to navigate the minefield and stay aware of the occupational hazards. To offer yourself for public office is a declaration of ambition, and 'ambition' is not a good thing. In old English, the word 'ambition' was first used for politicians and it meant 'showmanship'.

Richard Nixon knew what he signed for when he entered the tumultuous American politics. The rules of the game were clear before Nixon went in, and he decided to play by the rules. Even before Watergate, Nixon said: “I have often thought that if there had been a good rap group…I might have considered a career in music.”

Alas, all the rap groups were as bad as our political parties today. Like our NDC and NPP, the Republicans and Democrats in the USA have as many problems as the Labour and Conservatives in the United Kingdom. Politics everywhere is, as Henry Adams describes it, “a systematic organisation of hatreds.” It is a contest of ideas, opinions, policies and ideologies. Sometimes, it is a contest of personalities.

Is This Ghana?
By nature, every contest is competitive. Even where there are no prizes to take and no honour badges for decoration, contests do not lose their competitive attraction. It could get nasty, brutish and rough. That is politics. It is a contest for power, votes, seats and public favour. The person or party that holds political power is an adversary to the other group seeking to wrestle power. It necessarily makes the game adversarial, isn't it?

Last week, we visited an old narrative about how dirty, hypocritical and adversarial our politics has been. We had accepted to live with it until Mrs Matilda Amissah-Arthur, wife of the late former Vice-President Kwesi Bekoe Amissah-Arthur, pricked the conscience of Ghana when she delivered a controversial tribute at her late husband's funeral.

“Is this Ghana?” she asked. She had been overwhelmed by the show of love, support and kind words from people who maligned, insulted and humiliated her dear husband when he was alive. Suddenly, Ghana loves the man they didn't quite like as lecturer, deputy finance secretary, governor and vice-president. So, Mama Tilly asks again: “Is this Ghana?” As we stared at the former second lady deliver what sounded like a diatribe laced with poison, we wondered who the subjects of her attacks were.

Your Excellency
Quintessential Matilda, did Ghana treat H.E. Amissah-Arthur badly? I don't think so. We loved him enough to have his signature on our currency as Governor of our Central Bank. We loved him even more when we elected him vice-president. He may be the only person in our political/democratic history to have enjoyed such a seamless transition from the bank to the seat of government. He must have been a great inspiration to current Vice-President Dr. Mahamudu Bawumia, who was Deputy Governor.

Even when we say we love them, politicians do not believe us because they survive on good lies than bitter truths. That is why they treat opinion polls with disdain when they do not favour them. When the polls put them in a comfortable lead, they will defend both the pollster and their organisation to the hilt. That is politics. These days, it is said that “the only time a politician is telling the truth is when he calls another politician a liar” (Alfred Newman). The rules of the game are pretty clear – to tell the truth, spew a lie.

Is our politics hypocritical? Not all. Ghanaian politics is like politics everywhere: malign your opponent, make them look bad in the eyes of the electorate, tell a complete lie against them, and do what you can to win power. Anybody who offers himself for the highest levels of public office must endure these evils in return for the juicy perks and privileges they enjoy. Not all of us have the privilege of having policemen and soldiers watch over our children when we go to bed. Politicians do, and Amissah-Arthur did.

Winner Takes All
Perhaps, apart from insults, politicians do not like to share anything. My friend Prince O.A. wonders why civil society and the clergy in Ghana have built advocacy capital against the 'Winner Takes All' traditional practice where ruling governments close their doors to other politicians and talents outside their party. Even when they try to placate the critics by bringing in talents who are supposedly neutral to serve their country, we retain our democratic right to question the politics behind those appointments. If Charlotte Osei was good for NDC, Jean Mensa must be good for NPP. That is politics.

We cannot call it any other name to make our politics saner than it is in the UK and the USA. H.E. Amissah-Arthur did not endure a fraction of the insults and maligning President Trump takes daily. The other day, somebody called Trump a moron. When Ian Duncan-Smith led the Conservatives, his party called him unintelligent. They removed him. If there was a prize for it, Charlotte Osei would win the most maligned personality award in our Fourth Republic. Professor Mills may be second and Zita Okaikoi, third.

While we have faults to tire in repetition, our politics is adequate for the democracy we are building. Aye, there are many rough edges, but we are doing fine. Our politics is hypocritical and adversarial only because politics everywhere is necessarily hypocritical. There you have it, Mrs Amissah-Arthur. This is Ghana alright and we knew your husband.