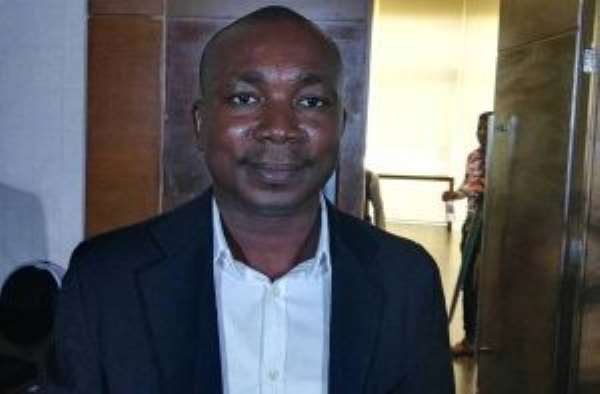 Economist, Prof. Godfred Bokpin has said that the Bank of Ghana (BoG) is to blame for the woes of banks in the country.

Ghana is currently experiencing a period of banks' struggles with many analysts calling for pragmatic measures to address the issue.

Speaking on Eyewitness News on Wednesday, Prof. Bokpin indicated that, the BoG must take full responsibility for the crisis in the banking industry.

According to the Governor of the Bank of Ghana, Dr. Ernest Addison, some of the banks obtained their licenses through false means by presenting documents that painted a picture as though they could meet the new capital requirement .

In 2017 also, the central bank revoked the licenses of UT and Capital Banks because the liabilities of the two banks overwhelmed their assets.

But, Prof. Bokpin said he was not surprised at the current turn of events because the central bank had failed in its due care regarding regulations.

“We are not completely taken aback. They (BoG) have given us the cause to blame them justifiably so. There is enough admission in their statement about the lapses that were orchestrated from the central bank of the point of view and therefore they can not say or portray that they are innocent in this matter”.

Prof. Bopkin who is also the Head of the Finance Department at the University of Ghana Business School revealed that given the magnitude of the transactions and the interrelated parties involved in the deals, it would have been strange for the central bank to say it knew nothing about it.

“So the honorable thing to do which I think they have done is to admit that they were complicit somewhere along the line. The Central bank is to be blamed also”, he intimated.

It has emerged that the Bank of Ghana failed to enforce its regulations in granting licenses and supervising the operations of two local banks, UT and Capital Bank.

The report, available to citinewsroom.com indicated that the Bank of Ghana was complicit in the wrongful issuance of banking license to Capital Bank.

The report indicated that the said funds that shareholders claimed were theirs were never transferred to the bank and although the attention of the Bank of Ghana was drawn to the situation, the BoG failed to sanction Capital Bank.

“The new funds were never transferred to the Capital Bank. In fact, the Capital Bank management began to refer to it as 're-engineered capital.' This was brought to the attention of BoG, but again, there is no evidence of sanctions to either the institutions concerned or the individuals in senior management and on the Board of Directors.”

There may be an instance of fraud in the suspected misuse of liquidity support given Capital Bank by the Bank of Ghana (BoG), according to an investigative report sighted by Citi News.

The report noted that the then-Capital Bank CEO, Rev. Fitzgerald Odonkor may have had his signature forged in the authorization of specific deals related to the GHc 610 million liquidity support to the doomed bank.

The management of the Bank, with the approval of the Board Chair, diverted some of the BoG support or other uses.

Some of that money was presented as capital to set up another collapsed bank, Sovereign Bank.