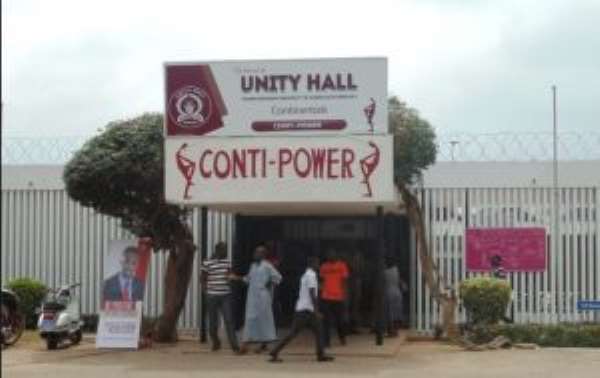 The lawyer for Alumni of the Unity Hall of the Kwame Nkrumah University of Science and Technology is giving management of the university five days to file an appearance and defense in court or risk a motion for judgment.

The Old Boys Association of Unity Hall filed a lawsuit at a Kumasi High Court to challenge the decision of the Kwame Nkrumah University of Science and Technology's (KNUST) management to convert the all-male Unity Hall into a mixed hall.

The action follows the school's decision in January to turn Unity and University Halls into mixed halls.

The Lawyer explained that the inability of the university to file a defense over a 21 day period is an indication that it has no response to the issues raised in the writ.

In an interview with Citi News Lawyer for the plaintiffs, George Wayo mentioned that the University entered an appearance for the suit brought against it by Alumni of the University Hall but has failed to do same for that of the Unity Hall.

He stated that the permitted 21 days for a defendant to enter an appearance and file a defense would elapse on the 10th of August, leaving the plaintiffs with no choice than to file for judgment in default of defense.

“For Unity Hall, we filed our writ of summons, somewhere on the 13th of July and per the rule of court, they have eight days to enter an appearance and some 14days to file a defense. So ordinarily as lawyers, we wait for 12 days to lapse then you can ask for judgment in default of defense. I have not received any appearance on behalf of the university, and I have also not received a defense. If the university doesn't do that, we are moving in straight to file our application for judgment, ” he said.

The Authorities of the Kwame Nkrumah University of Science and Technology (KNUST) has said it is not perturbed by the lawsuit challenging its decision to convert the all-male Unity hall into a mixed one.

The school has said the conversion would increase female enrollment in Science, Technology, Engineering, and Mathematics education as well as increase the female population in the school.